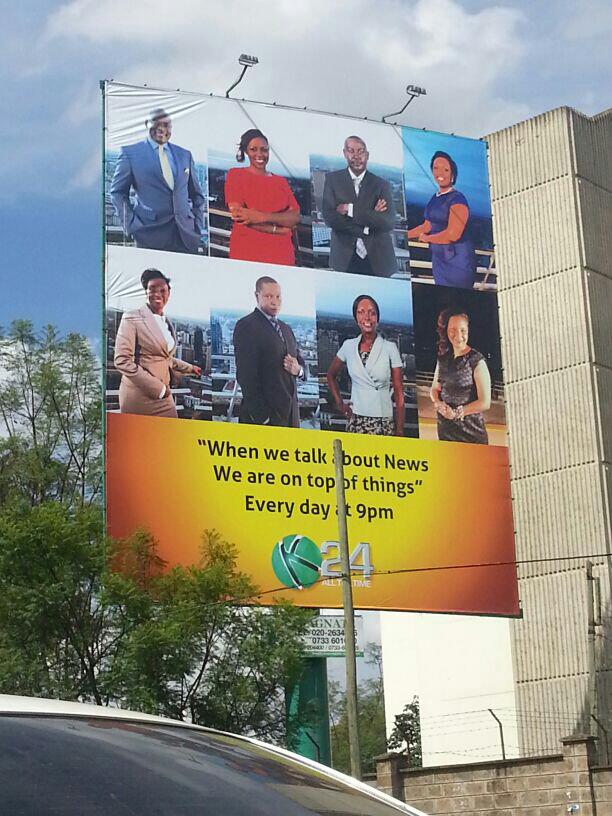 After nearly bringing Citizen TV to its knees with its well coordinated poaching of news anchors, reporters and technical personnel, K24 has finally felt the heat of an unbalanced ledger.

It turns out the station may have gotten the créme of Citizen and others, but that did not translate to immediate viewership shift. As a result, advertisers stuck with the SK Macharia owned station and their Kimathi Street and Mombasa Road counterparts.

This week, over 70 employees have been sacked by MediaMax, the parent company of K24. These include workers in the TV station, and their radio stations – Kameme FM and Milele FM.
Among those sent packing are experienced journalists Anne Ngugi, Nyatichi Nyasani, Rashid Ronald, Zawadi Mudibo, Joyce Mkawasi, Caleb Karuga, Yassin Juma etc.

Some of these were poached from leading stations during K24’s relaunch, with a promised salary hike.
Two of those fired, Anne Ngugi and Chemtai Goin, are said to be expectant, possibly disqualifying them from another job for the next several months.

In this move, MediaMax is seen to have targeted the smaller fish, but if the finances don’t improve, anyone will be a target, including Tom Mboya,Belinda Obura and Jimmy Gathu, probably their biggest fish.

Emmy Kosgei To Wed Millionaire Nigerian Pastor < Previous
Wahu Gives Birth To a Baby Girl Next >
Recommended stories you may like: