Usain Bolt To Play For Manchester United on August 9th 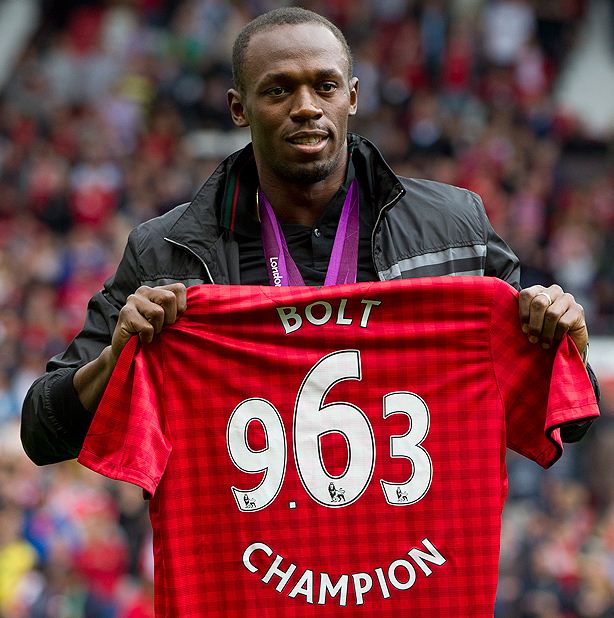 The world’s fastest man will pull on a Red Devil’s shirt for the match against Seville at Old Trafford.
A source said: “Usain has finally got his wish and he’ll be lining up alongside Rio.
“It should be quite a game. It will be fascinating to see if Usain’s speed will be matched by his passing and ball control.”
Jamaican Bolt, 26, previously begged ex-United boss Sir Alex Ferguson to give him a chance to try out for the team. He said: “I know I could make a difference. I’d be the fastest in the team — but I can play as well.”

And defender Rio convinced Fergie to let the 100metre and 200metre Olympic champ have a run out in United’s friendly against Real Madrid this summer.
The plan appeared to have been scuppered after Fergie retired at the end of last season to be replaced by Everton’s David Moyes.
But Rio has persuaded the new boss to let Bolt play in his testimonial, which comes after more than a decade at Old Trafford.
Bolt’s selection for the August 9th friendly is expected to be announced by the club next week.
-The Sun

Victor Wanyama’s Jaguar < Previous
Julie Gichuru Talks About Her Business Ventures Next >
Recommended stories you may like: