Kingwa Kamencu: It Was Okay For Ruth Akinyi To Cheat on Husband Raphael Tuju 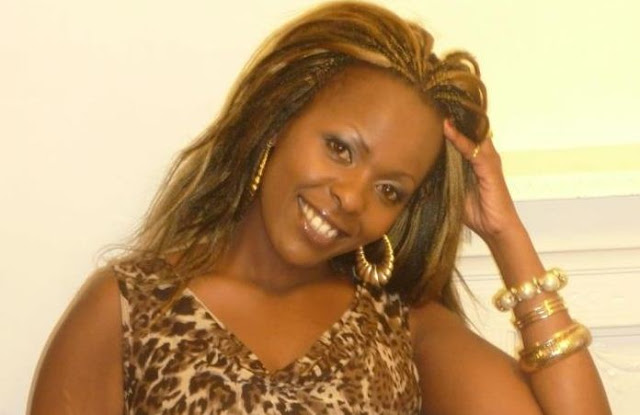 The ever controversial former Presidential aspirant, Kingwa Kamencu, has added her voice on the Tuju – Ogunda – Akinyi saga.
Kamencu comes to the defense of the late Ogunda, whose death on Tuesday screams murder, by narrating how things were done traditionally.

On her Facebook page, Kamencu wrote how women were traditionally allowed to sleep with younger men, when the ‘main man’ was away. She describes how the woman’s hut had two exit paths, so that the husband and lovers never collided. All this was to imply that Ruth Akinyi did nothing wrong cheating on her husband Raphael Tuju.

On poor Tony Ogunda… A cursory glance at the Facebook atmospheric conditions reveal the manner in which the Kenyan male ego has been intolerably pricked. Women don’t have so much beef with it, it’s like ‘whatever man’….

Infact, according to African Traditional Systems (which we are currently struggling to revive), that was the natural order of things. There was the ‘main man’ who had many wives. But each wife was justified to her pleasures and even had a little path from her hut leading out of the fence so that her husband and lovers never collided. The path existed to ensure that her lover could make a rushed departure from her house when the main man signalled his approach to her on a given night (by way of a loud cough).

It was therefore okay for women to have their young lovers as long as they did not flaunt them in the faces of society and of the ‘main man.’

The rage, shock and horror a lot of men are releasing in relation to this is therefore misplaced and points to the importance of introducing and entrenching the reality of certain aspects of African Traditional living Systems (ATS) as core units in our education system.

Photo – Ruto Corrects The Misspelt Hustler’s Podium < Previous
Mandela is in ‘Permanent Vegetative State’… Family Urged To Switch off Life Support and Let Him Go. Next >
Recommended stories you may like: