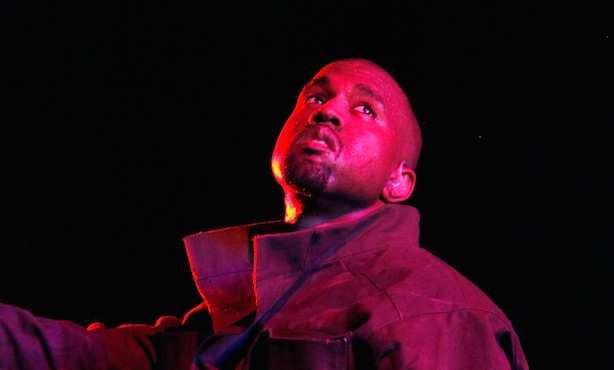 On Yeezus, there is a song called “I’m In It,” which Kanye closes with the following lines:

Swaghili. An unknown, new language spoken by a man, as Kanye says, “trying to start a new movement.” Naturally, we wanted to know how to speak it — or, rather, we wanted to make it ourselves.
So we did.

We sought out David Peterson, the man who constructed the Dothraki and Valyrian languages for Game of Thrones. He was game (even though, as he said, he “stopped listening to rap when Montell Jordan came to fame.”) He then broke it down for us.
Swaghili, he said, should be a creole that mashes English (“swag”) up with Swahili — though, despite what many people think, Kanye’s name isn’t Swahili, he says; it’s Igbo, a Nigerian language. Swaghili should occasionally use rap slang, too. Preferably Chicago-area. But most importantly, Swaghili should rhyme constantly. Rapping should just ooze out of it — swag incarnate.
Within a day, David actually put together the foundations of an entire language. So here’s an example of it, from Kanye’s now-famous New York Times interview (and so you know: the i‘s sound like hard e‘s; the e‘s sound like hard a‘s; and the a‘s themselves are soft):

Fking cool, right? Rhymes everywhere. You can practically see Kanye’s non-mic hand chopping the air on its natural beat and accents.
But it is not our responsibility, as self-proclaimed ambassadors of Swaghili, to just show you the language. It is our job to teach you how to speak it. So let’s do this. This, everyone, is how you speak Swaghili:

Taylor Hill/WireImage
David chose to simplify them from English just a little bit and to whittle down the ending sounds — and that’s the dominant thought behind Swaghili: the more the endings of words align, the more they’ll rhyme.

These hyphens? They mean that these get tagged to the end of verbs. You’ll see in a sec.

Prefixes. Peg these on the front of a verb (so people know up front that, say, you are a man instead of that you were a man):

You can have fun with these. You can either stylize English verbs by maybe playing with a letter here and there — or you can just use the root of a Swahili verb. Your call. Whichever you pick, add -a or -(i)a to the end. Then have the tense and object hug the thing.
From English:

There is no verb for “to be” in Swaghili. So “I am Kanye” is just Mi Kanye. This streamlines the rhymes. You get used to it.

So, using what we’ve got so far:
[See how easily that rolls off the tongue? Fuckaya. And you still get that visceral joy out of “fuck.”]
And then, using the root of the Swahili verb for “hear,” sikia:
But you can also use the stylized English base hiria:

You’ve got options. Embrace it.

Throw in the word je — that’s it. It can come at the beginning or the end of the sentence. If you want to get confrontational, you can add in Chu (derived from “What you”):
[This second formation works particularly well for Kanye battling haters: “I am Kanye — you hear me?” now rhymes in Swaghili: “Mi Kanye — chu ya nasikiami, je?”]

Alright, so the goal here is to get nouns with similar endings — not just with other nouns, but to the verbs and pronouns and adjectives (which we’ll get to). That’s where the natural rhyming comes from: those bouncing i‘s and smooth a‘s that pop up everywhere. Anyway, let’s keep moving.

Just peg -ili onto a stylized English word (we are coming from English, after all):

You make these in two ways: You can get more creative. You can switch -(i)ngi at the end…
… Or you can even just tag -ingi to the roots of Swahili nouns. Do whatever you wish:

Tag -ni to the cores of Swahili verbs or English nouns. Again, your pick:

For either people (player, rapper) other nouns (lawnmower, speaker). Put -(y)a at the end of a Swahili verb. You can have some fun with this, too:

This is honestly just straightforward stuff:

Add -as to the end of a Swahili noun; the suffix is supposed to resemble English’s -ous (like how something with a lot of space becomes spacious; lots of body becomes bodacious).

Alright, so that’s pretty much it. Sure, it’s not everything. (We’re ambassadors, not Merriam and Webster.) But here’s the thing: mash-up languages like Swaghili are subject to something of democratic rule. The best words — the ones people enjoy saying — get used. So if you want to combine multiple formations into one word, do it.
Oh, except for one word: God. David had an idea: “Perhaps a good word would be…Kanye?” Yeah. That sounds like something Kanye would say.
Source – esquire.com