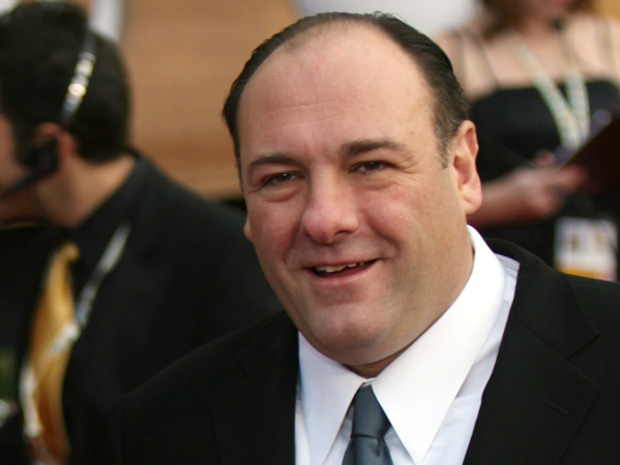 James Gandolfini, the US actor best known for his role as a therapy-seeking mob boss in The Sopranos, has died at the age of 51.

Gandolfini suffered a possible heart attack while on holiday in Rome, the US HBO TV network told the BBC.
The New Jersey-born star had been in Italy to attend the Taormina film festival in Sicily.
He won three Emmy awards for his role as Tony Soprano, a mafia boss juggling his criminal career and family life.
“It is with immense sorrow that we report our client James Gandolfini passed away today while on holiday in Rome, Italy,” said his managers, Mark Armstrong and Nancy Sanders, in a statement on Wednesday night.

“Our hearts are shattered and we will miss him deeply.”
HBO also said the star of The Sopranos, which ran for six series on the cable channel from 1999-2007, would be “deeply missed”.

“He was a special man, a great talent, but more importantly a gentle and loving person who treated everyone no matter their title or position with equal respect,” said its statement.

“He touched so many of us over the years with his humour, his warmth and his humility.”
Gandolfini was born in 1961 in Westwood, New Jersey, to a school dinner lady and a bricklayer-turned-school caretaker, both of Italian background.

He graduated with a degree in communications from New Jersey’s Rutgers University.
Then he moved to New York, finding work as a bartender and a club manager.
Gandolfini’s acting career took off in 1992 when he landed a part in a Broadway production of A Streetcar Named Desire.
His breakthrough role came a year later playing a mobster in the movie True Romance.
Gandolfini’s more recent film credits included In The Loop, Zero Dark Thirty and Killing Them Softly.
He was nominated for a Tony theatre award in 2009 for his role in the Broadway hit God of Carnage.
‘Genius’

Gandolfini is survived by his second wife, Deborah Lin, a former model from Hawaii, whom he married in 2008, and their daughter, Liliana, born last year.
He also leaves a teenage son, Michael, from his first marriage to Marcy Wudarski, his former personal assistant. They wed in 1999 and split three years later.
Sopranos creator David Chase said Gandolfini was a “genius”.
“He is one of the greatest actors of this or any time,” he said. “A great deal of that genius resided in those sad eyes.”

Lorraine Bracco, who played Tony Soprano’s psychiatrist, Dr Jennifer Melfi, in the TV drama, said: “We lost a giant today. I am utterly heartbroken.”
Jeff Daniels, who starred with Gandolfini in God of Carnage, said: “If Broadway has a version of a guy you want in your foxhole, Jim Gandolfini was mine.”
In a December 2012 interview with the Associated Press news agency, Gandolfini said he had become an actor to overcome his anger.
“I don’t know what exactly I was angry about,” he said.
“I try to avoid certain things and certain kinds of violence at this point,” he added. “I’m getting older, too. I don’t want to be beating people up as much.”

What Exactly is a Croissant? Some Kenyans Think It’s an Expensive Beverage. < Previous
Photos – Octopizzo Visibly Excited By Dubai’s Facilities Next >
Recommended stories you may like:

How Much Huddah Charges To Chill For 30 Minutes