News Just In For Those Who Purchased Tarrus Riley Concert Tickets 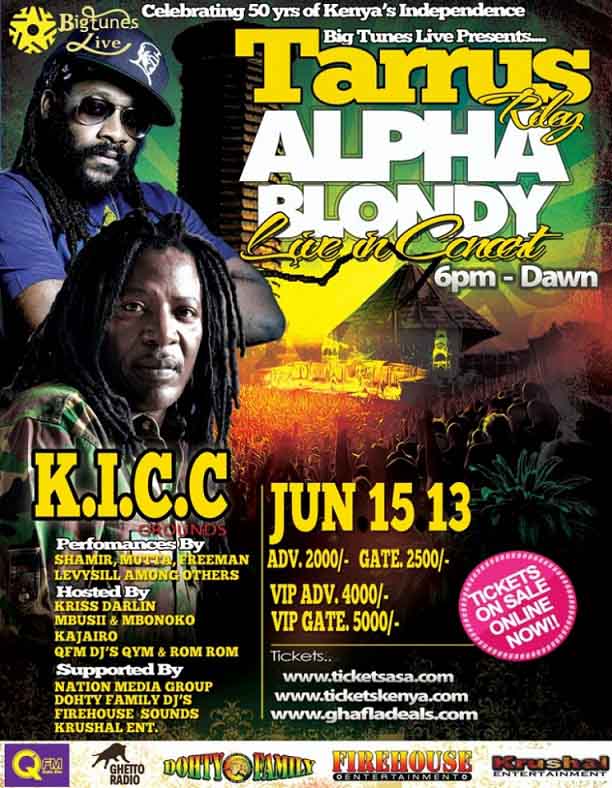 Big Tunes Live, the promoters behind the flopped Tarrus Riley – Alpha Blondy concert have released a statement addressed to those who had purchased tickets.
Ticket holders have been urged to maintain them, in readiness for another concert by Alpha Blondy. (No mention of Tarrus Riley)

In the statement, Big Tunes has referred to it as a free concert… disregarding the fact that fans had paid.
Here’s the statement.

Courtesy of Big Tunes Live Limited the artist Alpha Blondy will be back in Kenya within the next few weeks to perform live at a free concert at a venue yet to be determined. All tickets for last Saturday’s festival remains valid for this exciting upcoming Alpha Blondy concert in Nairobi. Over the next the next two weeks we will embark on validating all tickets and ticketholders who may have lost their tickets during last week’s event. Confirmations and validation of tickets purchased by all our ticketing agents and individual resellers of the same will occur at the same time. To all ticketholders for last event, we strongly suggest that you maintain your proof of purchase to gain entry at the upcoming Alpha Blondy concert.