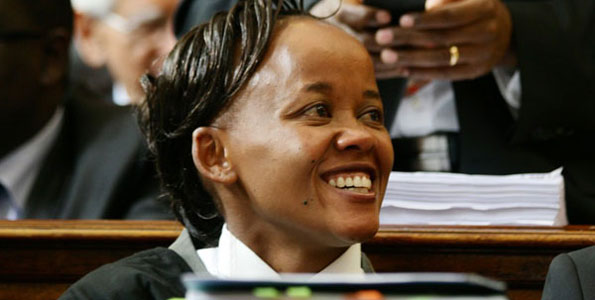 This morning, lawyer Kethi Kilonzo has announced through her twitter account that she has dropped out of the Makueni Senate race.

Kethi had already bagged the wiper ticket, but matters got complicated when her stepmother Nduku joined the race. There were claims that Nduku would vie on a NARC ticket, but nothing has been confirmed yet.
In her statement, Kethi says that it would be a curse should she run against her mother. She also adds that it would be a greater curse should she stand by her “father’s enemies” – in this case JUBILEE.
Here are her tweets.

A child does not compete with the mother. It is a curse. I will not support Jubilee. To stand with my father’s enemies is a worse curse.
— Kethi D. Kilonzo (@finclegal) June 11, 2013

Today is a dark day. May the people of Makueni and all who have stood with me one day find it in their hearts to forgive me.
— Kethi D. Kilonzo (@finclegal) June 11, 2013

Kenya’s 11 Super Rich Men.. and Their Billions – Breathtaking < Previous
Photos – Naughty Girl Throws Herself To Demarco on Stage at Carnivore Next >
Recommended stories you may like: