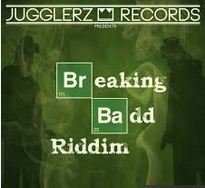 Just when you thought those riddim names could not get any weirder, the Jamaicans have come up with another one.
For those not with us, a riddim is basically the instrumental accompaniment to a song. With their bad English, they just completely altered the name rhythm.
There are three categories of riddims: Roots reggae, Ragga riddim and Digital riddim.
Under these, there are different riddim types and in recent years, ragga or dancehall riddim has been king.

A single (dancehall) riddim has many songs, but mostly, only one is popular. Remember Hold Yuh? There were several songs with the same riddim, but only Gyptian’s became a hit.

Over the years, they’ve been coming up with the most stupid names for these riddims. One of the newest ones is called Temple Run Riddim. Yes, that addictive android/IOS game.

What Exactly is a Croissant? Some Kenyans Think It’s an Expensive Beverage. < Previous
Photos – Octopizzo Visibly Excited By Dubai’s Facilities Next >
Recommended stories you may like: