Jakoyo Midiwo Tricked By Matatu Crew… after ramming into his Mercedes 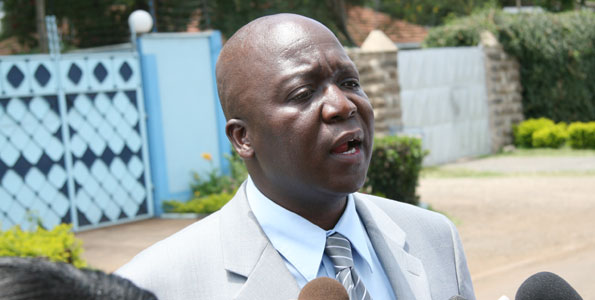 Gem MP and deputy Minority Leader Jakoyo Midiwo was on Wednesday involved in a minor accident at the Westlands Roundabout.
The MP was driving himself in his sleek Mercedes, when a matatu rammed into his car from behind. Though unhurt, an angry Midiwo alighted and upon inspecting the damage, the two parties agreed they drive to Pangani Police Station and record a statement.

The matatu crew faithfully followed Midiwo to the station, but upon reaching the entrance, Midiwo realised they were no where to be found. He demanded the police arrest them, but with only the number plates and no contact, he can only wait.