University of Nairobi Student Suspended For 1000 Days For Swearing at Dean of Students, Fr. Wamugunda 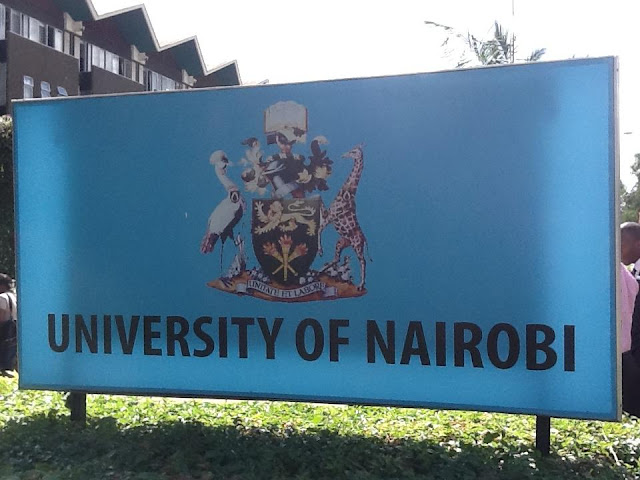 There have been unconfirmed reports that a student at the University of Nairobi has been suspended from school for 1000 days, for apparently swearing at the dean of students, Fr. Wamugunda.

The university is just out of a students election, and the swearing in of the new officials was taking place on Sunday. Conducting the ceremony was Fr. Wamugunda.
Reportedly, most of the top positions were taken by persons of one tribe, and that did not go down well with the said student.

On Saturday, the main campus went on rampage, but the story was overshadowed by Mutula Kilonzo’s death. Some of the grievances were that the Friday elections were rigged. Police engaged students in running battles along Uhuru highway, and there were reports of theft both by motorists and fellow students.

As the new leaders were being sworn in on Saturday, one disgruntled student (who we understand believed he had been elected secretary general) shot up, accusing the Vice chancellor and dean of students of conducting an election that was not free and fair. He went as far as attacking Fr. Wamugunda’s faith.

The VC, who was present at the ceremony, made it clear that he cannot be intimidated by a student, and the guy was handed 1000 academic days, translating to more than 3 years.
At least three others were also suspended by the administration.

After Cat Trapped in Jerrycan, Chick is Hatched With 3 Legs in Mombasa < Previous
Former KWS Pilot Becomes Dutch King Next >
Recommended stories you may like: