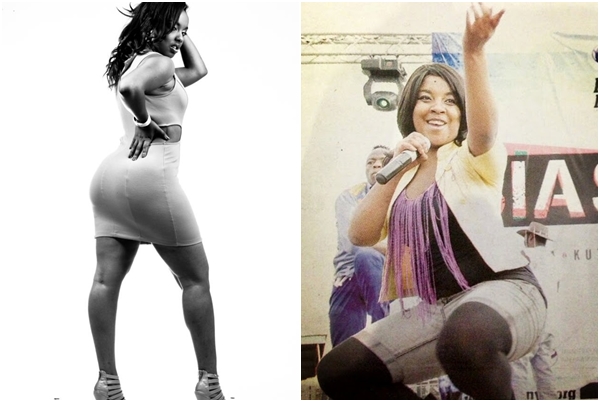 Days after Kiss 100’s Linda Nyangweso was cyber bullied because of her weight, another celebrity yesterday suffered the same fate.
Ogopa Deejays’ Marya was the victim of twitter attacks after a recent photo of her surfaced.

People could not understand how a celebrity can just suddenly get fat and
below are some of the funny tweets.

I have no hate for Marya, i wish her whale.

Marya giving Linda Nyangweso a run for her money….LOL jk, they both can’t run! *slaps knee*

Nick Mutuma is just a Marya on diet…”

Marya Feat .Nonini and Kalekye – The F is silent

So, do you think Marya’s new shape is justified?

Nairobi Traffic Jams Expected To Reduce as The Presidency Vacates Harambee House < Previous
President Obama’s Half-Brother Selling Obama’s Handwritten Letters To The People of K’ogello For Sh 1.2 Million Each Next >
Recommended stories you may like: