President Obama’s Half-Brother Selling Obama’s Handwritten Letters To The People of K’ogello For Sh 1.2 Million Each 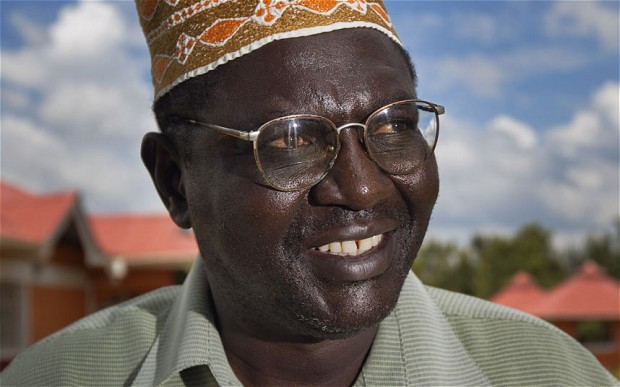 President Obama’s older half-brother Malik Abongo “Roy” Obama is selling two of Barack’s handwritten letters to his relatives in Kenya for $15,000 each, Page Six has exclusively learned. Malik is selling the two letters on White House-headed note paper, which both say, “Thanks for your prayers and support” and are signed “B.O.” They’re for sale through US collector Gary Zimet’s Momentsintime.com. 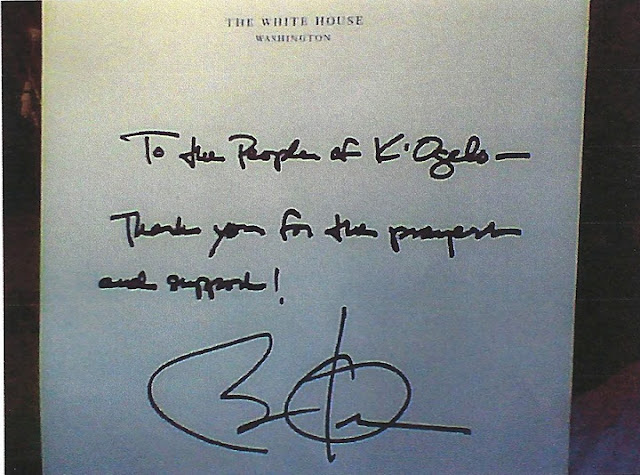 Zimet told us, “I wrote to Malik and didn’t know if I would get a response. I was astonished when I did. I sent a letter to a post office box in Kenya. I asked him if he had any letters from his brother. I didn’t expect to hear from him ever, but he wrote back and said, ‘I have two letters.’ These letters show great interest on the president’s part in his family, they are priced at $15,000 each. We didn’t go too much into Malik’s relationship with his half-brother, I got a sense it was cordial but not overly warm.”

Malik, 55, is the son of Barack Obama Sr., with his first wife and lives in the village of Nyang’oma Kogelo, the Obamas’ ancestral home. Malik and Barack were best men at each other’s weddings, but Malik is reported to have 12 wives, so it’s uncertain if the president made it to every wedding. 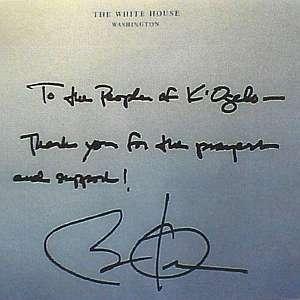 Malik, who set up an American charity that claims to support poor Kenyans in 2008 when his kin was running for the White House, has his own political aspirations but was recently defeated in his bid to be governor of Kenya’s Siaya County.

Malik was also accused of fraud over the charity, the Barack H. Obama Foundation, in 2011, after a watchdog accused the organization of advertising that it had nonprofit status when it allegedly didn’t. But this month it was revealed that Lois Lerner, the IRS official at the center of the Tea Party scandal, signed papers granting the foundation tax-exempt status within a month of filing in 2011, while other conservative organizations had been waiting for years for approval.

Singer Marya Attacked on Twitter For Suddenly Getting Fat – Before n After Photo < Previous
Raphael Tuju’s Marriage Takes New Twist as Wife’s Lover is Arrested in Night Drama Next >
Recommended stories you may like: