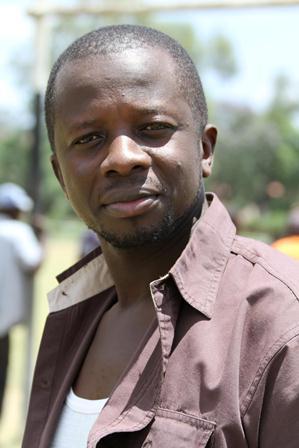 On Friday last week, KTN sports anchor Saddique Shaban resigned from KTN after 8 years. Unlike his colleagues, he’s not headed to K24 or any other media house; he quit TV.
This was his statement on Friday.

Dear Friends and colleagues,
I’d like to inform you all that I have left employment at KTN effective today, Friday 17th may, 2013.
I feel it is time to pursue other interests after 8 years working as a Reporter and News Anchor, and a host of the Weekly Sports Show KTN Sports Final.
For the millions of my a daily viewers on KTN, I thank you all.
I leave KTN on a professional high, having given my best and having met incredible people from all walks of life.
To my colleagues, family and friends, I thank you all.

Early this month, the journalist had written a blog post on his blog saddiqueshaban.wordpress.com, dropping a big hint that he’ll be calling it quits soon. Perhaps he was serving his notice at that time.
Below are excerpts from the post.

I met people who pulled me from the airwaves down to earth. These were the young children and widowed mothers living in a number of Internally Displaced camps in Eldoret.
I have always known that too much exposure to the media and the publicity it brings forth is self-consuming. Often, news anchors and reporters have been accused of parachuting into a news scene, shove their recorders up the shocked subjects and take credit for their mess and leave in a haste.I met young children who disarmed me from a mile.
My heart warmed up to the sight of children smiling in adversity. Just minutes before meeting them, I had wondered if I would get my story.
Most often, when you are riding high and “busy” rubbing shoulders with news makers ,news jokers and other news junkies, as a journalist, you lack a sobering experience that makes you appreciate life in the other side of reality. 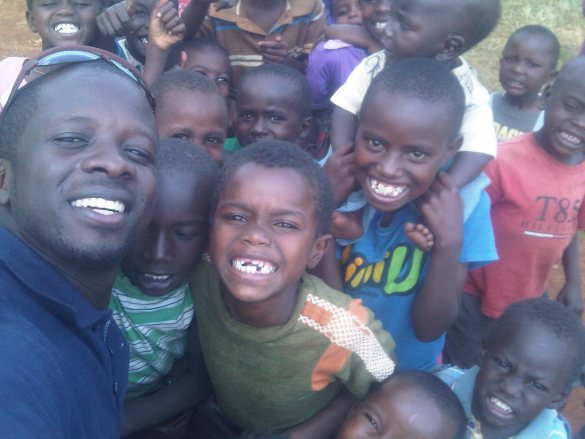 These innocent children provided that in an instant. Telling their story just before Kenyans went to the polls was purposed to remind the country and the government about them, the forgotten lot still in the IDP camps, five years after the disputed elections. But long before I started, I shed tears, wondering why it had taken me so long to make a reflection of the soul.
For a moment, I forgot about the story and my visit there  and remembered my two daughters back in Nairobi and wondered if they would ever  find themselves in a similar situation.

Allow me to digress.

Those that have worked in a busy newsroom would tell you that no one cares about your life or tribulations for as long as the story has not been edited, aired or published. I have seen colleagues falling  sick while at work and no one cared much. Years of covering extreme cases of distressing and depressing situations including death, ghastly road accidents and human suffering have  “hardened” journalists into doubting if there own colleagues are indeed dying in the editing suite. And that is just half the story.

I will be honest.
For two years now, I have  struggled to quit the newsroom for another less pressurized office space.  Every time, a voice inside me tells me I’d miss the glamour, the blitz and glitz that come with  working in the media and on TV. Another voice always reminds me that unless I make the decision, and soon, I will die and get buried  in the newsroom, without a chance to go back to school and advance my studies.

I have seen people who have refused to leave the newsroom for fear of disappearing into oblivion. Mortal fear of being reduced into a shadow of fomer self from a vantage exposure in the media has led some professional to resign to their fate. The convenience of getting around situations and occasions, getting favours and recognition, perhaps, on the strength of your name and popular face is a tempting bargain for many journalist to live a miserable life in the newsroom for years but retain the professional title. Others haven’t gone back to school since they graduated from Kenya Institute of Mass Communication over two decades ago.

Given another chance, I would turn my back to the newsroom.Don’t be fooled by what you see on TV. Behind the well prepared story is a group of overworked and often underpaid professionals  whose only motivation is the sense of belonging to a celebrated institution.

It is difficult to remain level headed, down to earth, sober and a person of faith while working in the media. There have been moments when I have struggled with my own Islamic faith, often failing to pray because of too much distraction or unfavorable environment.

As a journalist, you become a critic, you doubt everyone and everything people tell you, you question your subjects with merciless vigor but fail to fail to stop to criticize your own self, at least for a minute. You become “perfect” while others became objects of persistent criticism and failure.

Frustrated Luhya Man Sends Video Message To Obama.. For Snubbing Kenya Again (Hilarious) < Previous
Raila Odinga Misses in Yet Another Report, The TJRC Report. Is He The Cleanest of Them All or Did The West Influence The List? Next >
Recommended stories you may like: