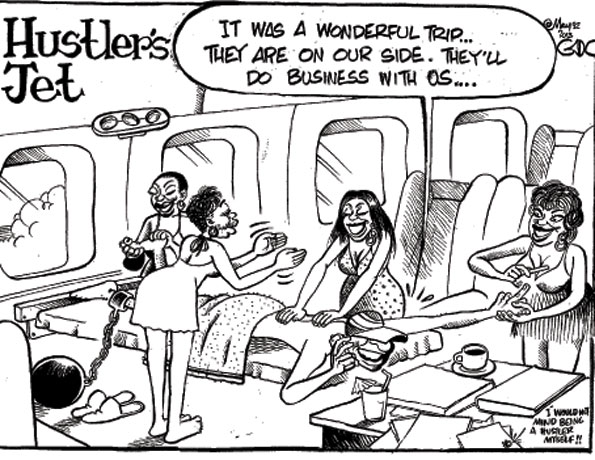 The Daily Nation has today published a copy of the US$300,000 (Sh25.14 million) invoice, for leasing a luxury jet for Deputy president William Ruto.
According to the paper, the invoice was submitted to Ruto’s office by VistaJet.

The invoice is dated May 15, and it contradicts Ruto’s claims that his office paid only Sh 18.5 million. 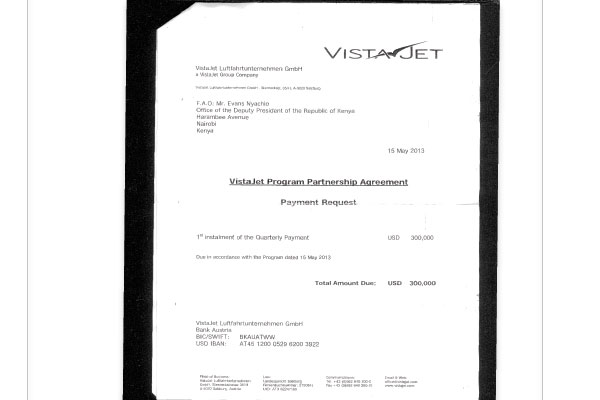 The Nation is defending itself after Ruto threatened to sue, claiming that the report was completely untrue. The DP said that Nation did not contact him to get his side of the story before publishing it, but the Kimathi Street based paper denies this.

“The bill obtained by the Nation was addressed to Mr Evans Nyachio, a senior procurement officer in the Deputy President’s office.
Although Parliament was told the Nation did not contact the Deputy President’s office before publication of the story, that statement is untrue.
Mr Nyachio was called on Saturday and challenged to confirm or deny that the invoice had been received.” it writes.

Nation also writes that contrary to claims by senior government officials that it would not have been more expensive to fly using commercial aircraft, it would in fact have been cheaper. PS Bitange Ndemo had said that to access some of the cities, one would have been forced to first fly to Europe. Nation however writes that there exist connections in West Africa, and a trip to Europe would be unnecessary.

Justin Beiber Named The 7th Most Popular Woman on The Web < Previous
Movie on MPigs Greed Coming Soon – Watch Trailer Next >
Recommended stories you may like: