Justin Beiber Named The 7th Most Popular Woman on The Web 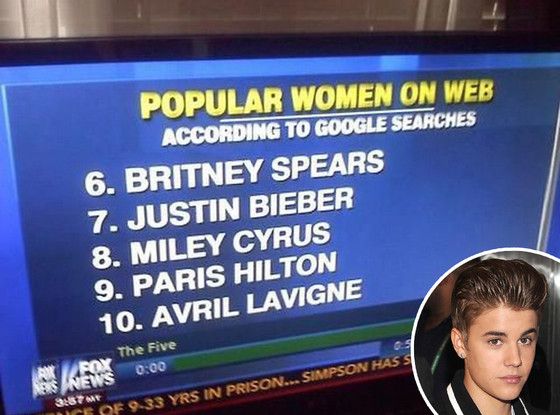 Justin “Booooooooooooo!” Bieber, artist who should be taken seriously (“You guyyys!”), former owner of a monkey and person who (finally) brought out the mean in Taylor Swift , is also the seventh most popular woman on the web.
This according to Fox News, who recently ran the statistics based on Google searches compiled by COED Magazine…in 2010. Fox News: Fair, balanced and prompt!
Yes, in 2010, Bieber landed the lucky number seven spot on the list (only to return in 2011 to claim the no. 2 spot! Congrats, Biebs!). Though he didn’t even make the list in 2012.

But there is a silver lining: Justin’s arch nemesis, Taylor “Can We Have Another Question?” Swift didn’t even crack the top 10 in 2010 or 2011. So who’s sticking their tongue out at who now, Swift?!

Irony as ‘Mwana wa Squatter’ Kalembe Ndile is Mentioned in The TJRC Report For Land Grabbing < Previous
Nation Now Produces The Sh 25 Million ‘Hustler Jet’ Invoice… Ruto, Your Turn Next >
Recommended stories you may like: