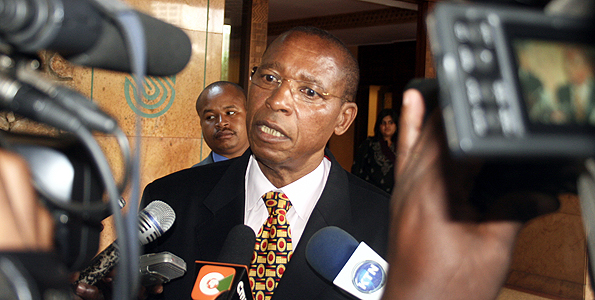 A harambee for the funeral expenses of the late senator Mutula Kilonzo yesterday raised a record Sh16million in 10 minutes. Political bigwigs and Mutula’s legal friends trooped into the All Saints Cathedral, and the master of ceremony Isaac Kaluu started the ball rolling by inviting former Prime Minister Raila Odinga who donated Sh600,000 with the clock at 6.54pm. The function was to scheduled to start at 5.30pm.

After Raila’s cash, a stream of donations followed and in about five minutes, Kaluu announced that MPs had pledged Sh2million, mourners from Makueni, through governor Kivutha Kibwana, pledged Sh1million.

Shortly after, Kaluu announced that they had hit the Sh16million target and that any donor still keen contribute was welcome. In the time it takes ordinary harambees to conduct prayers, the cash was all in the bag at 7.05pm.

Some of the top names at the fundraiser included former Attorney General Charles Njonjo, former Githunguri MP Stanley Githunguri and a host of dignitaries. The family members present included Mutula Kilonzo Junior and his step brother Mwathi Kilonzo. Mutula died in mysterious circumstances on April 27 and will be buried the day after tomorrow in his Makueni home