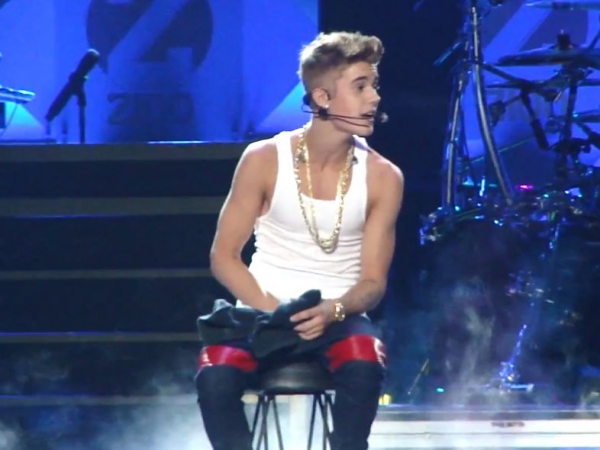 Robbers made off with millions of South African rand in a daring “Ocean’s Eleven”-style heist following a Justin Bieber concert in Johannesburg.

Criminals broke into a walk-in safe a few hours after the concert and stole millions of rand in cash takings from merchandise and refreshment sales over the weekend, in what appears to have been a meticulously planned operation, a police spokesman said.

The stadium, which was the main venue for the 2010 FIFA World Cup, holds nearly 95,000 people and had a sold-out crowd at the pop star’s concert Sunday night, a day after rock legends Bon Jovi drew some 70,000 fans.

South Africa’s Eyewitness News reported that the robbers had chiselled through double-thick safe wall, and used ropes to lower themselves into the room. The robbery was not discovered until Monday morning, when an employee of the FNB Stadium discovered that several doors leading to the safe had been tampered with, police said.
The stadium is on lockdown, and police are seeking CCTV footage.