Agony For Thousands As Local Channels ‘Disappear’ From Startimes Kenya 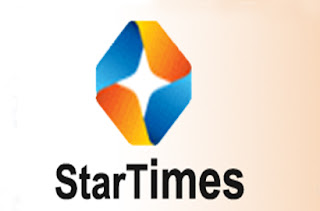 For the past 5 days, Startimes subscribers have been forced to watch local news on their twitter timelines, after the Chinese company ‘removed’ all local channels with exception of one, from all their packages.
Of all the big stations namely: Citizen TV, NTV, KTN and K24, only K24 is available, leaving paying customers with little choice.
Others are the rarely watched KBC and Kiss TV.

Hundreds of subscribers have taken to social media to express their anger at the company.
Michael Magero on Twitter wrote, “StarTimes_Kenya started well, but all of a sudden no local channels (NTV,KTN,Citizen) and always “hanging” to update channels on list!.”

Malachi O’Neil added his voice, “When someone pays for services & he/she gets a raw deal,its tym to terminate the contract cz wewe ni bure kabisa #startimeskenya”
With Julian Kebati also complaining, “@startimeskenya am so disappointed with u! No local channels for over 48hrs. U guys are not serious with u customers. Solve the problem….”

A call to the company was given the usual, “Our technicians are working on it.” message.
Startimes has not clarified on the issue of reimbursing for the lost time.

Photo – Raila Celebrates Arsenal Number 4 Finish With Fellow Gooners < Previous
EXCLUSIVE – 15 Photos of Inside Ruto’s Sh 100 Million a Year Jet Next >
Recommended stories you may like: