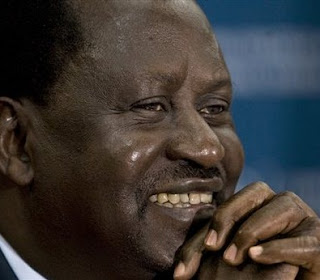 There was a woman called VIOLET JESSOP. She was born in Britain and when she was born, she contracted a terrible case of tuberculosis. The doctors said she would die. But she survived. Later on, while she was still a baby, her dad died…And then her Mom got terribly sick…they were a poor,struggling family…and VIOLET decided to become a stewardess in a ship just to help her sick Mum…

Now, THIS IS THE SAD PART….In 1911,Violet got a job as a stewardess of a ship called OLYMPIC…And even before she had earned a meaningful salary, the ship had an accident…It collided with a British Warship and it broke…It was crazy…And traumatic…the ship was totally destroyed and although she survived, she lost her job…

Then in 1912,she got a job as a stewardess on the FAMOUS TITANIC. And just four days later, the TITANIC had the Greatest Tragedy in the World…Thousands died, children were washed away in the ocean, people lost their loved ones…It was sad…And as VIOLET was swimming away to safety, she saved a little baby from drowning in the huge ,dark waters…Again, She survived…BUT LOST her job…

After 4 years being jobless, again she applied for a job as a stewardess at a ship called BRITTANIC…And yet again, the ship struck a huge rock and was split into two! People poured into the ocean, children started drowning…people were screaming and shouting for help…and as VIOLET was trying to swim to safety, she fell into the water badly…crashed her head against the boat and fractured her poor skull…she swam and swam and finally was saved from dying…Again, she survived a 3rd sea accident BUT LOST her job again…

And one night before she died, she got a strange phone call…she recieved it…she heard a voice asking her, “Are You the woman who saved a baby on the night of the Titanic…?” She said, “Yes, I am…” Then the voice told her,”I WAS THAT BABY! Thank you for saving Me!”
And the caller disconnected the call.

VIOLET later died of heart failure and was buried in the OCEAN. But SHE saved a LIFE.

He was there! He fought for Multi-Partyism…was beaten, arrested and detained for Kenya…

He did ALL HE COULD. Stood in the gap. Stood for Kenya. He led the way!

Sadly, He didnt win the 1997 Elections. The 2007 Elections didnt favour him either. And he gallantly lost the 2013 Elections.

And just like VIOLET JESSOP, He was unlucky 3 times!

But He Remains a HERO to his millions of supporters!

I will miss You. I will. I will miss Your jokes, anecdotes, proverbs, energetic rallies, monologues, politics, courage and great humor.

AND IF I HAVE ever said ANYTHING insultive to You in the past,I ASK FOR FORGIVENESS. Am sorry. Please Forgive Me.

And to be HONEST,I didnt vote for You. BUT You are now MY HERO Now!

And One day, just like the unlucky VIOLET JESSOP,
You will recieve a strange phonecall. And You will pick it up. And You will be asked,”Did You ever save a country anytime in Your Life?”, And You will say, “Yes,I DID…”

And the voice will say,”I am THAT COUNTRY. I am Kenya. Thank you for saving Me…”

And to my JUBILATED friends,Its NOT time to throw insults. Its time to APPRECIATE the Man.