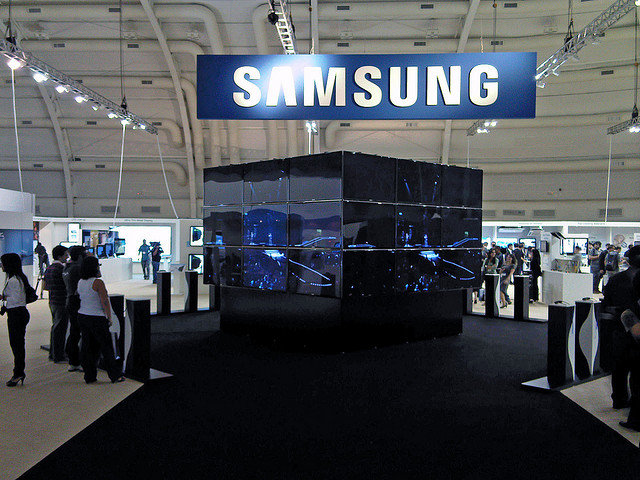 Korean electronics giant Samsung is set to open a television, laptop and printers’ assembly plant in Kenya by end of year positioning Nairobi as the nerve centre of its operations in East Africa.

The plant is initially expected to employ 900 people directly and more than 1,000 in its supply and marketing chains besides enhancing the transfer of knowledge, Samsung officials said.
Robert Ngeru, Samsung’s chief operating officer in East Africa, said the Nairobi assembly will be the latest addition to the chain of African plants in South Africa, Sudan and Senegal.
Samsung has recently announced plans to build a similar plant in Addis Ababa to serve the expansive Ethiopian market.
A new plant with 900 workers will push the number of Samsung’s employees in Kenya to 1,000 and place Kenya on a firm path to acquiring the skills it needs to become a regional hub for the high-value technological products.
Samsung currently serves Kenya and the larger East African market through shipment of finished electronic products, including laptops, refrigerators, television sets and printers.
Establishing the assembly plant means Samsung will ship in knocked down kits for assembling – increasing the efficiency of its supply chain and possibly cutting the cost of its products.
Mr Ngeru said Samsung is currently negotiating for tax incentives with the Ministry of Trade and Kenya Revenue Authority (KRA), adding that the amount of money the Korean firm will invest in the venture is pegged on the incentives offered.
Samsung’s bold moves are part of the plan to firm its stranglehold on the East and Central African market of 142 million people and push up its sales to Sh170 billion ($2 billion) by 2015 from $250 million in 2011.
“Samsung will initially ship in equipment parts or panels and assemble then here but will later move to the next stage of molding the body covers locally.”
Mr Ngeru said Samsung’s future growth plan for Africa is hinged on market segmentation and localization of products according to the rising needs.
In Ethiopia, Samsung is targeting the emerging middle-class in an economy of 80 million people that has been growing at an average of 8 per cent annually in the past five years.
Putting up a plant in Addis should help Samsung avoid Ethiopia’s punitive tax regime and the logistics nightmare that has slowed down its growth in Africa’s third most populous nation.
“We are paying up to 60 per cent of the value of goods entering Ethiopia in import tax and building a plant could reduce by half,” said Mr Ngeru.
Nairobi is Samsung headquarters from where it supplies 16 African countries and hopes to use the Kenyan assembly plant to strengthen its position in the region’s rapidly growing markets.
The electronics market in the region is expected to expand at average annual rate of 11 per cent in the next 10 years.

Kenya does not levy import taxes on technology equipment such as laptops and mobile phones and the decision to set up a local plant is to take advantage of the comparatively better skills base to build structures for knowledge transfer and get easy access to the regional market, Mr Ngeru said.
In Ethiopia, Samsung hopes to take advantage of its local assembly plant to customise the laptops for Amharic language users.
Samsung also runs the Samsung Electronics Engineering Academy (SEEA) in Africa under the brand name ‘Built in Africa, for Africa, by Africa’. The initiative aims to train 10,000 electronics engineers in Africa by 2015.
In 2011 Samsung made Nairobi its regional headquarters — a move that it says has cut the decision-making time by half and enabled it to build closer ties with its customers through the provision of faster support services.
Besides Samsung, a number of global companies including Nokia Siemens Networks, Airtel, Nestle, and PepsiCola have picked Nairobi as the centre of their Africa operations.
The arrival of these multinationals has added lustre to a country that has since the 1980s struggled to attract and retain new investments.
Information permanent secretary Bitange Ndemo said IT vendors such as Intel — the American semiconductor chip maker — have also expressed interest in building a light manufacturing plants in Kenya but that momentum can only persist with a change in labour laws.
“Kenya is competing with countries such as China and India for such investments but we are disadvantaged because our labour is much more expensive,” said Dr Ndemo.
More recently Japanese firms Toyota and Honda have followed the green shoe investment path with plans to set up motor vehicle and motor cycle assembly plants in Kenya.
Toyota has put up a Sh500 million bus assembly plant in Mombasa while Honda will open its Sh450 million motor cycle plant in September.
But the country has also lost part of its manufacturing sector to South Africa where General Motors transferred its Isuzu pick-ups assembly citing lower production costs.
To capture the regional market Samsung is also targeting the government and learning institutions with some of its education, health and office solutions.

Shaffie Weru Almost Drops Trousers on Stage.. Will He Keep Them On At Big Brother?? (Photos) < Previous
Look At The Message on Shaffie Weru’s T Shirt – Unbelievable Next >
Recommended stories you may like: