Real Madrid Overtakes Manchester United As The Most Valuable Club 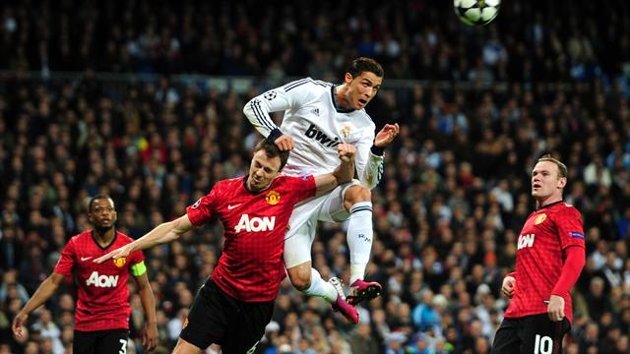 The whole of Europe was transfixed when Real Madrid went up against Manchester United in the Champions League last month.
Real came out winners of that encounter, comfortably outplaying United – and now the Spanish giants have picked up another major victory over their Mancunian rivals.

That’s because Real have now stolen Manchester United’s top spot in the Forbes list of the world’s most valuable football teams.
United had held top spot since business analyst Forbes started compiling the list in 2004, but have now been overtaken for the first time by the Madrid giants.
Barcelona are in third place and Arsenal fourth ahead of Bayern Munich in fifth place. 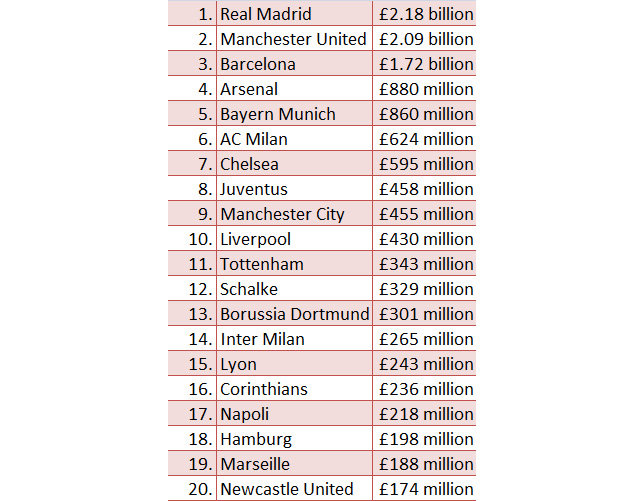 The Premier League shows its financial muscle with seven teams in the top 20; the Bundesliga and Serie A both have four sides; Spain has only Real Madrid and Barcelona; France also two; and Brazil has one.
Real Madrid are valued at £2.15 billion, making the Spanish club the most valuable sports franchise in the world, with United not far behind on £2.07bn.
Barcelona, on £1.7bn, are the third most valuable sports club in the world – the New York Yankees are the biggest non-football team at £1.5bn, just ahead of the Dallas Cowboys at £1.4bn.

Forbes said in a statement: “This is the first time since Forbes began valuing soccer teams in 2004 that Manchester United is not number one on the list.
“Real Madrid has been consistently delivering the highest revenues of any football team in the world, despite an intense economic meltdown in Spain.
With superstars like Cristiano Ronaldo on the pitch, and coach Jose Mourinho on the bench, Real Madrid has thrived under the leadership of billionaire president Florentino Perez.

“According to this year’s football valuations, the top 20 teams are worth an average of $968 million (£634m), an increase of 26% over last year.
“Forbes’ team values are enterprise values (equity plus debt) that are based on multiples of revenue that teams garner from television, premium seating, media, licensing, merchandise and concessions.”
David Beckham still tops the list of highest-earning players with earnings of £33m, £29m of which came from endorsements.
Real Madrid’s Ronaldo is second with earnings of £28.8m while Barcelona’s Lionel Messi is in third place with a total of £26m last year from salary and endorsements.
Reuters / Eurosport

NTV News Anchor Maurice Mugisha Returns To NTV Uganda < Previous
How A Whole Village Was Made To Understand The Stock Exchange – Super Hilarious Next >
Recommended stories you may like: