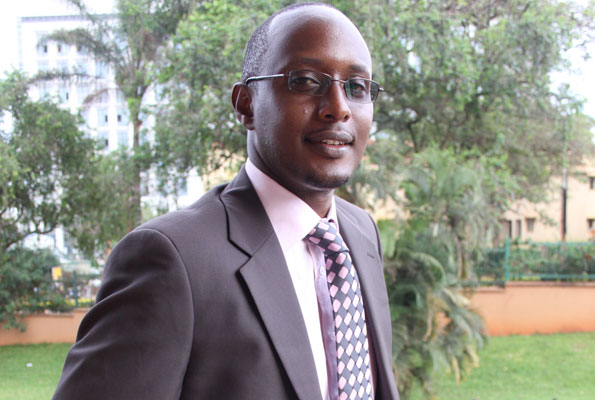 East or west, home is best. Not even the magnificent twin towers along Kimathi Street would stop NTV news anchor Maurice Mugisha from going back to his country Uganda.

Maurice will return home this Saturday, to his old station NTV Uganda. Yesterday, the news anchor was bombarded with tens of goodbye messages, from colleagues and fans. Here are some.

Sad day as we bid farewell to @mauricemugisha who returns to Uganda on Sat. All the best bro cc @smritividyarthi twitter.com/ephymwangi/sta…
— ephy(@ephymwangi) April 17, 2013

Now that @mauricemugisha is going back to UG, I hope @joydoreenbiira will not also follow suit!
— Oliver Mathenge (@OliverMathenge) April 17, 2013

@ntvuganda @ephymwangi @mauricemugisha I must say it was great working with him at some point in my career. All the best Maurice..go shine..
— Lindah Oguttu (@lindahoguttu) April 17, 2013

We wish him all the best in his new assignment.
© nairobiwire.com

Government Warns About Purchase of Fake Uhuru Kenyatta Presidential Portraits < Previous
Real Madrid Overtakes Manchester United As The Most Valuable Club Next >
Recommended stories you may like: