Raila Is Not Finished Yet.. Analysis 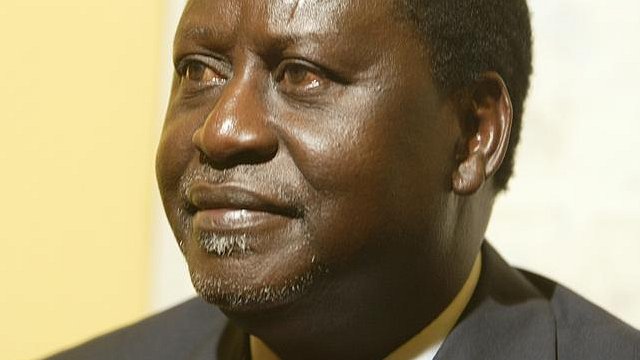 By Kinaga Mbugua
He may seem to have left the scene already, but trust me; he is not gone yet. His specter shall continue to lurk in the dark, as well as the light of day. Some say that Raila was humiliated by his political loss; others believe he did right to concede defeat in the manner he did. I think otherwise.

This man is regarded as one of the greatest political brains there is, in  Kenya’s political history. Maybe his only living challenge is the retired former president, Daniel Moi. For a politician in Kenya to survive the grueling Moi years of the 80s and the 90s, and still have the right bearing to contest a Presidential election almost two decades later, is not guileless. He gave Mwai Kibaki (voted on the popular vote) a run for his time; seeking to annul every move the latter made. The last five years shaped the role of inclusion in governance. Kenyans witnessed a transition from the usual norm, where the President aims, and the others shoot. Raila was part of the reason.

Its barely a week since the Supreme Court upheld Uhuru Kenyatta’s win, and Raila was at it again. This time, not rejecting the results but rather seeking to contradict Kibaki’s declaration on the current system of government; after the inductment of Devolution. Where Kibaki asserts that we are still a Unitary government, with devolution only seeking to subsist under the prevailing conditions, Raila sought to turn tables on that declaration, declaring that devolved governments are unconventional. This is an issue I am sure will form a discourse in the coming days. A story for another day.

Raila is a survivor. This is what distinguishes him from the likes of Bildad Kaggia, Ochieng Oneko, Kenneth Matiba, Lawrence Sifuna, Machengu wa Mwachofu and the entire breed of kenyans who devoted their lives to fighting an high-handed regime. They fought, some suffered physical  afflictions, others died. Raila is still around.

There is also the “West Factor”. The British, US and a number of the western countries were perceived in an attempt to impose a Raila Presidency. This is in a huge way helped turn tables in favour of the Jubilee team; and further injured their (west) ego, which now needs to be massaged for at least the next five years. A good reason why they might lobby for a Raila statesmanship post. Simply to prove a point. Another avenue for Raila’s publicity.

Ralia loves controversy. Kenyans have not missed press statements from him, even when it wasn’t really necessary. This is why I think he will continuously place checks on the jubilee government, any time they fail to live up to our expectations. More reasons why this political conundrum will not fade any time soon.

After Being Branded Illuminati, Uhuru Kenyatta Clarifies Why His Wife Will Hold The Bible At His Swearing-In < Previous
Murang’a Priest Quits Catholic Church Saying Sex Is A Basic Need Next >
Recommended stories you may like: