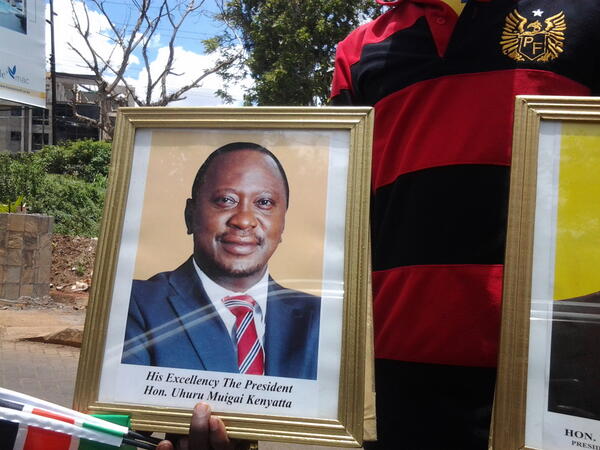 The Ministry of Information and Communication has warned Kenyans against the purchase of unofficial President Uhuru Kenyatta portraits, saying that it is the only body permitted to distribute the same.

Speaking to journalists on Wednesday, Chief Information Officer Nancy Mathu, who was speaking at the behest of the Acting Director of Information Olewe Owiti, said that the presidential portraits been hawked in streets should be shunned and anyone interested should get his from Jogoo House A, or from county information offices, as they are the only ones that meet set standards.

“Some enterprising Kenyans are selling copies of President Uhuru’s portrait which are not of official approved standards. These unauthorized copies are done using different colour backgrounds and poor paper quality, unofficial facial images and wrong titles.” she said.

She went on to explain how these fake portraits had incorrect titles, some of which are declaring President Uhuru as Chief of the Armed Forces, instead of Chief of Defence Forces.

Mathu however said that the government cannot take action against those selling the fake portraits, as there is no guiding law.
© nairobiwire.com