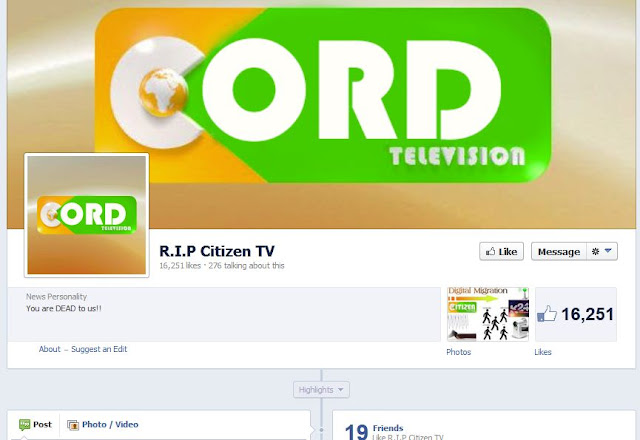 The police are looking for the administrators of 3 Facebook pages, which have been accused of perpetual spread of ethnic animosity. The three pages, which have over 40,000 combined likes are:
R.I.P Citizen TV
Luo Nation
Nyanza Si Kenya

Director of public communication Mary Ombara said that they will soon prosecute those behind the hate messages posted on these pages.
“The pages perpetuate ethnic economic sabotage, messages of ethnic stereotypes and ethnic murder. As of now the committee (National Steering Committee on Media Monitoring) reassures the country that we are doing everything possible to track down the origins of the hate speech bloggers,” she said.

Mrs Ombara went on to add that hate speech on social media has been on the decline in the past few weeks. She then revealed that the information ministry will within two weeks propose a legislation to police the internet.
“Hate speech on social media has gone slightly down in the last one week in terms of the number of hate postings. It is however not extinguished and we are therefore very happy about the Independent Communications Commission of Kenya Bill,” she said.
“This is a Bill which will help us, if it actually becomes an Act, to govern better the Internet and broadband areas and broadcast areas in general so we are very happy about this.” added Ombara
© nairobiwire.com

Government Warns About Purchase of Fake Uhuru Kenyatta Presidential Portraits < Previous
Real Madrid Overtakes Manchester United As The Most Valuable Club Next >
Recommended stories you may like: