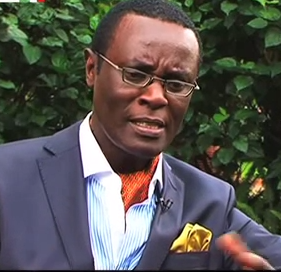 Never shy to make strong and controversial statements, political analyst Mutahi Ngunyi has gone against the grain again, and asked President Uhuru to take all his time in naming the new cabinet.

When everyone was urging the president to stop keeping the country in waiting and announce the cabinet, Mutahi Ngunyi said that the president should not rush things, as ” It does not go wrong, it starts wrong.”

This was his tweet yesterday, after the president postponed announcing the cabinet.

It does’nt GO WRONG; It STARTS WRONG. The Japanese use half the time planning; half the time implementing. We should not rush Uhuru and Ruto
— Mutahi Ngunyi (@MutahiNgunyi) April 24, 2013

About two weeks ago, he had expressed similar sentiments.

It does’nt GO WRONG; It STARTS WRONG. This is true in romance, war and politics. Uhuru and Ruto should not be rushed into appointing cabinet
— Mutahi Ngunyi (@MutahiNgunyi) April 11, 2013