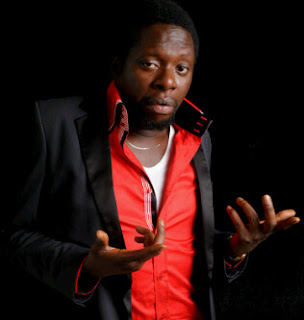 When Nigeria was unsuccessfully trying to neutralize the twitter jibes from Kenyans for treating Harambee Stars badly, one of their leading comedians was leading the efforts, Klint Da Drunk.
Yes, the same Klint the Drunk who begs to be in Nairobi every year for the Night of a Thousand Laughs.

The averagely funny comedian took off his gloves, and decided to join his poor countrymen in attacking Kenya. The difference however, was that unlike them, he had something to lose.

In a series of tweets, which we suspect were not originally his, just like his stand up jokes, the drunk took issue with Kenyans dark skin colour. (I don’t know where the misconception that majority of Kenyas are dark came from). From the many Nigerians we’ve seen in movies, music, football and internet con artists , I can authoritatively say Nigeria cannot compete with Kenya in terms of light skin people.
Our West Africa brothers also exploited our hunger issues to trend the hashtag #SomeoneTellKenya. On this one, I think we have ourselves to blame.

Klint the drunk, and thousands of other Nigerians displayed their (probably intentional) ignorance, by saying that Kenya has nothing, and they don’t even know where it is on the map.
True that Nigeria exports more than Kenya, but unfortunately their exports are mainly substandard. With exception of one or two musicians, a few good movies and a dozen bench warming footballers, most of the news coming out of Nigeria is bad news.
A million email con artists, 10,000 substandard, low budget movies, and of course their notorious Boko Haram. Not forgetting the Chinedu who keeps running after our Akinyi at Deep West.

It’s unfortunate that for a country of 160 million, they rely on Kenya Airways to take them around Africa. 53 years after its independence, Nigeria has no national carrier. Where TF , do they take their oil money.

Here are some of Klint’s tweets.

The Only Positive thing in Kenya is H.I.V

Dear Kenyans, I know now you feel neglected, bad and rejected! But twit-fighting us WON’T put you on the africa map!! YOU ARE NOT A COUNTRY