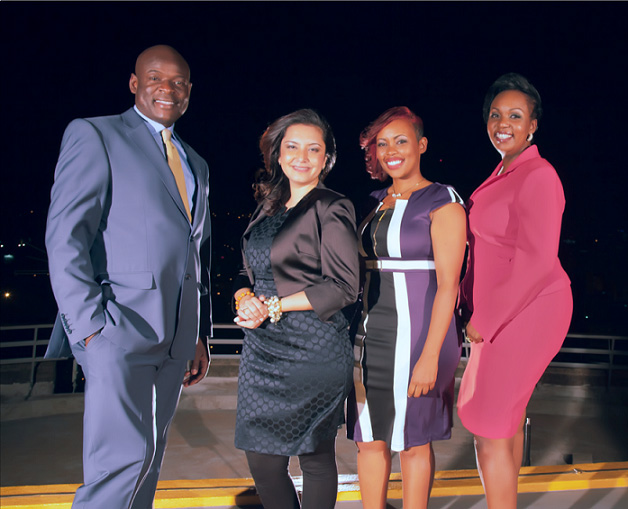 In what some interpreted as ‘looking for a tweef’, Sunday Nation yesterday published an article dissing K24’s re-branding last week. In Screenshots section of Buzz magazine, writer Boniface Mwalii comes out with guns blazing to ridicule the president-elect’s TV station.

The writer takes issue with the fact that almost the entire news crew was ‘ripped from Citizen TV’s employee roster’. He then comes short of calling them cheap, by saying they were dressed in second hand shoes.
However, Mwalii’s bone of contention is the fact that the station poached everyone they wanted, but forgot to poach the one person they needed; the graphics guy.
“Then it turns out the one guy they couldn’t poach was the only one they really needed to hire, that is, the graphics guy. I mean, think about it. How much does the graphics guy at Citizen have to be paid for K24 to opt to retain such crap graphics than to up his offer?” he writes.

That article has generated a lot of mixed reactions from readers.
NTV journalist Larry Madowo, who has been poached, re-poached and poached again, had this to say.

Not exactly a glowing review. But those (of us) who live in glass houses don’t throw (too many) stones

Saddique Shaban wondered whether the writer had missed an opportunity (to get poached). He wrote,

This hurts. Smacks of a missed opportunity or sore grapes.

Here are some thoughts from other readers.

Haha, hit below the belt on this one. Lmfao – Simon Swach

Why was there no such article when KTN raided ntv? – Aisha

The great American rock band Bon Jovi sang in their classic jam, “the more things change, the more they stay the same”.
Well, it appears someone at K24 was reading from this script when they promised ‘big’ changes in the rebranded station.
First, was it just me or did anyone else get the impression that the words “March 18th” had been preprogrammed into the zombified minds of the entire news crew?

It was as if that was the only thing they could remember from their ‘past lives’. If the aim was to ensure Kenyans never forget the said date, well, they succeeded alright. In more ways than one.
Beginning with the fact that more than half of the entire news crew was practically ripped from Citizen TV’s employee roster complete with their mitumba high heels and 2¾ piece suits.

It’s like watching an episode of 2 Broke Girls then instead of Max, they have Dr House being mean to Caroline all the time. There’s nothing really different about the outcome but you still feel cheated about it.
Then it turns out the one guy they couldn’t poach was the only one they really needed to hire, that is, the graphics guy. It was like going back in time to when VoK was labelled as futuristic.

I mean, think about it. How much does the graphics guy at Citizen have to be paid for K24 to opt to retain such crap graphics than to up his offer? Kids, this is where you consider re-evaluating your career choices.

And why in the name of Kronos was 9 o’clock news 30 minutes late on the day when everyone paid more attention to K24 than the sukuma wiki on their dinner plates? Was it so that they could show us their entire programme schedule for the next month? I guess it’s just as well.
The only glimmer of hope (pardon the irony) came when the lights went off as a reporter was telling us (for the 73rd time) how things were going at the official launch at the National Museum. You would think that for once KPLC would make good use of our taxes and replicate the same at the studio but alas, haven’t they always excelled at disappointing?

I guess at this point the only thing left to do is feign acceptance and live with our bad choices as a people for the rest of eternity. Or we could all just hang ourselves.