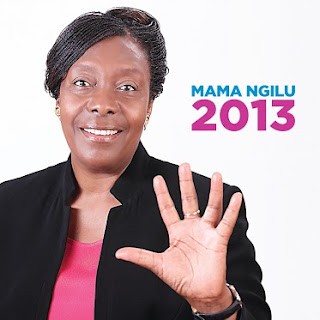 Several veteran politicians have lost their seats in the just concluded elections. Most of them went against the wave in their respective counties, and paid heavily for it.
Among them are Water minister Charity Ngilu, who appears to be trailing David Musila of Wiper party, for the Kitui county senate. Ngilu was in the Jubilee coalition and it was believed that she may take away some Kamba votes from Kalonzo who is in CORD. That has however not been the case so far. It is however expected that Ngilu will make her debut to the senate as a nominated senator.

Another bigwig who has lost his seat is Henry Kosgey. The ODM chairman went against the URP wave in Rift Valley and paid with his seat. Kosgey was vying for the Nandi county senator position, where he lost to youthful lawyer Stephen Sang.
Just like Ngilu, Kosgey is among those earmarked for nomination in parliament by their party.

Chris Okemo is another renowned politician who has lost in the election. He was vying for the Busia senate seat, where former Attorney General Amos Wako of ODM carried the day.

Veteran politician William ole Ntimama has also lost and so has Soita Shitanda.

Here is a list of some of the bigwigs who have lost in this elections.

Real Madrid Beats Manchester United, But Mourinho Admits The Best Team Lost < Previous
Safaricom Explains Why They Are Not To Blame For Delayed Election Results Transmission Next >
Recommended stories you may like:

No Regrets About Dumping Ruto For Raila, says Kipruto Kirwa

Miguna Miguna Gets his Kenyan Passport: “Ruto Had it Delivered To Me”