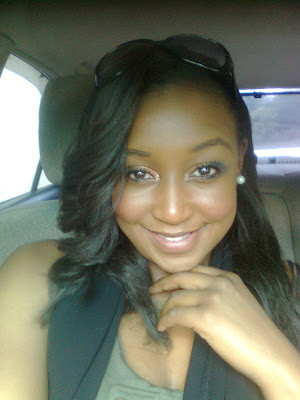 KTN journalist Betty Kyalo recently opened up about her life to Standard reporters. Unknown to many, the journalist once had a life threatening experience.

Betty comes from a humble background, growing up in Ongata Rongai and Kahawa West. She was raised by her mum, who had separated with the father. However, she says the dad was still present in her life. She’s the second born in a family of four, with a brother and two sisters.
She says she started her journey to TV when she discovered Catherine Kasavuli. She idolized her and still does.

“I originally wanted to be a nun because they looked so angelic and peaceful in church, but I guess television was more appealing,” she says with a cheeky smile.
“I wanted it so much, I would practice reading the news in front of the mirror and I would read it out loud,” she adds.

Betty attended Kangundo Girls High School, where she continued to prepare for her TV career by performing well in English and Kiswahili.
In 2005 when she was in Form 3, something tragic happened to her.
“While crossing the road from Railway Station to Gill House in Nairobi, on my way to meet up with a friend for lunch, I was hit by a Double M bus. I fell to the ground and I was dragged under. I was a mess,” she says. “I fell on my left side and injured half myself badly. I broke my left elbow and jaw; I fractured my collar bone and four ribs deflated my lungs and half of my face was grazed,” she recalls.

Good Samaritans rushed her to hospital.
“I could not walk, go to the toilet on my own and even do basic stuff. The skin on my face was grazed so badly I had no skin on the left side of my face. My jaw was unstable and when I tried to speak it would move. I was hospitalised for two months,” she says.

Her family would not let her see her reflection, for fear of how she would react.
“For a while, my brother and mother would not let me see my reflection because they knew how I would react. But during the hospitalisation period, one day I was being taken for an X-ray and I caught a glimpse of my reflection. I  immediately sunk into depression. I felt like my life was over because I knew I could never be a news anchor,” she says.

After so many surgeries, Betty was discharged in October that year.
“I not only had to learn how to walk again, I also had to learn to live with my badly bruised face. My doctors had advised my mum on grafting (surgically removing skin from my thigh and adding it to the left side of my face) but she did not want me to go under the knife because I had already had eight surgeries in two months,”
“I would walk in town and everyone would stare at me because of my funny-looking face. This traumatised me and I had to go for counselling to help me deal with it,” she says.

Against the doctors expectations, Betty’s skin started returning naturally.
“In December 2005, I started noticing small patches of skin returning to my face. I did not think much of it but by March 2006, believe it or not I had new skin. The only thing I have now left from the accident are memories and the scars on my neck. Even today when my doctors meet me, they still cannot believe I am the same girl who had half a face. It was a miracle. I became confident and aggressive about my dream. I realised I did not have time to waste because every moment I live is a precious gift,” she says.
She would soon complete her studies and join Daystar University, where she studied communications.

The accident aside, Betty is a car enthusiast.
“I absolutely love cars. I am one of those girls you will find watching Formula One and Motorsport. My love for cars began while in campus. I had a group of friends who lived and breathed cars and it rubbed off on me. That is why when I got the chance; I started Auto World, a segment which now airs on Sunday night on KTN. We deal with everything from car safety tips, to fuel tips, to car servicing. The response we get is so crazy, so much so that I got the nickname Betty ule wa magari,” she says. 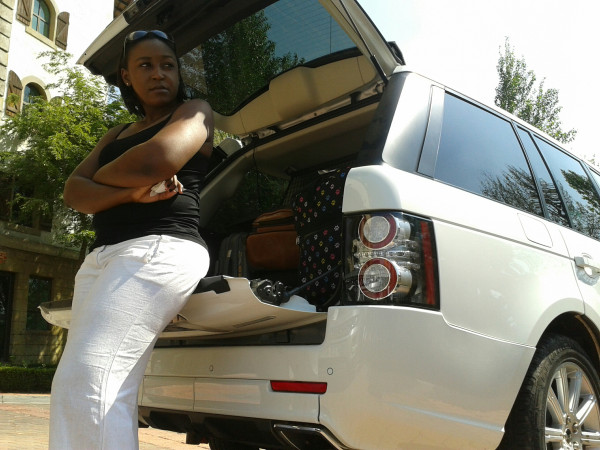 “I love the smell of petrol. I even take my boyfriend’s car to the garage for servicing and my brother calls me for advice when his car has problems.”

She is also a car tester, and has even gone to South Africa to test drive the latest Range Rover. This year, she’ll be going to Spain to test drive the new Jaguar.
“I became a car tester in my last year of campus. I usually test drive with friends and other car enthusiasts. Whenever a car is about to be introduced into the market, we get to drive the new car and then review it after. It is not a paying job, it is something I do because I am passionate about cars, plus I have gotten to drive cars that cost Sh19 million,” she says.

Betty is the host of KTN motor show, Auto World. She owns a Subaru WRX, which she drives to Mombasa or Narok whenever “she needs that adrenaline rush”.

Moi Was The Biggest Winner in Uhuru’s Victory – Ngugi wa Thiong’o Writes on The New York Times < Previous
Paul Ngei’s Daughter Sells Condoms in Nairobi’s Night Clubs Next >
Recommended stories you may like: