Embarrassment: NTV Thought ‘Habemus Papam’ is The Name of The New Pope 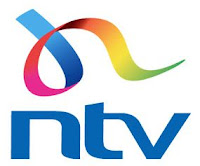 NTV was on Wednesday night left with an egg on their face, after revealing the name of the new pope as ‘Habemus Papam’. In a tweet posted by @NTVKenya, their official twitter handle, the station wrote,

Habemus Papam is latin for “We have a Pope”.
The tweet was deleted soon after, but not before someone took the screenshot. 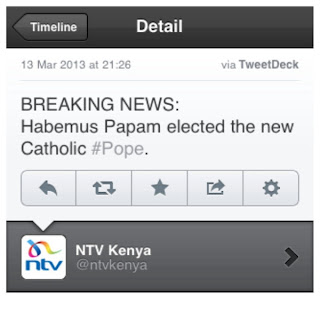 And Kenyans are an unforgiving lot. Below are some comments.

NTV have their own provisional pope, Habemus Papam, let’s wait for the real one.  – Njiiru

The Amazing Castle Former Synovate MD George Waititu Built – Pictures < Previous
Esther Passaris: Is Our Democracy Being Compromised in Broad Daylight? .. Evidence That it is. Next >
Recommended stories you may like: