By Ken   /   Monday, 11 Feb 2013 10:54PM   /   Leave a Comment
Yesterday was a milestone for Kenya, after a Kenyan hashtag trended worldwide on Twitter for 5 straight hours, despite serious competition from Justin Bieber and others.
The disputed official hashtag #KEDebate13 maintained the number one position for several hours, with the other hashtag #Debate254 sneaking into the worldwide trending topics for a brief period.
The candidates themselves experienced brief periods of worldwide trends and so did the moderator Julie Gichuru.
Martha Karua, Paul Muite and Peter Kenneth were among those trending worldwide at some point. Migingo was also a hot topic, especially after Paul Muite declared he would send the Kenya Navy to protect it.

According to stats by Twitter, over 100,000 tweets on the debate were posted, reaching an audience of close to 190 million.
This was greatly helped with the live airing of the debate by Aljazeera.

Here are snapshots of the worldwide trends. 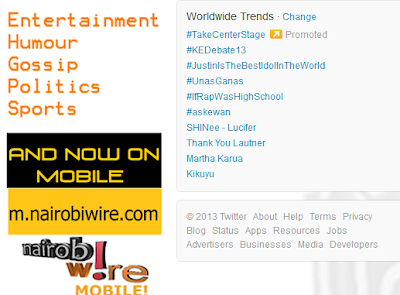 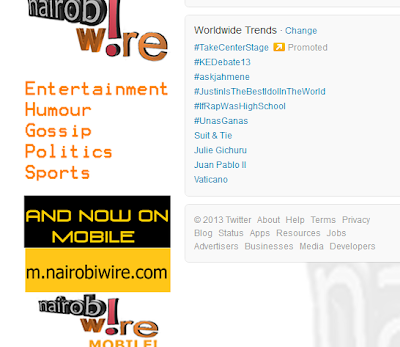 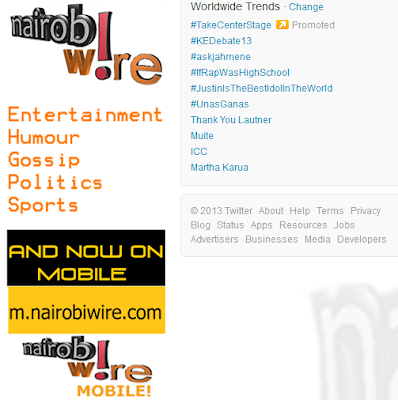 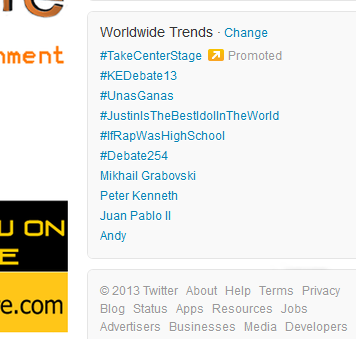 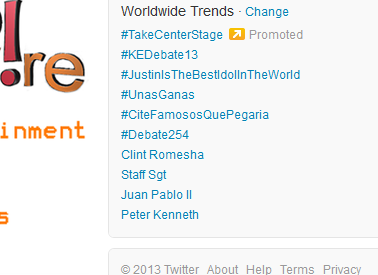 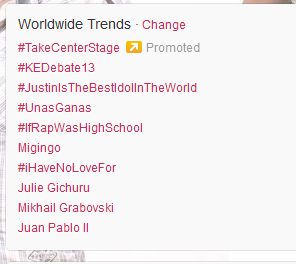 And then we ask.. Who do you think won the debate?

13 College Dropouts Who Became Billionaires < Previous
Presidential Debate Was A Big Success, But Who Really Won? (POLL) Next >
Recommended stories you may like: