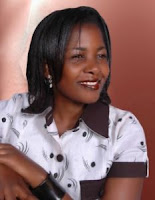 Gloria Muliro, known for her part in the hit gospel song ‘Sitolia’, is a woman under attack. Why, the lyrics of her song ‘Follow You’ is strikingly similar to the lyrics of ‘I Will Follow’, by American artist Chris Tomlin.  (Both videos have been embedded below for proper comparison)

Angered by her actions, one disgruntled fan wrote the following open letter to the singer.

DEAR GLORIA MULIRO,
I am writing this as a former loyal and die-hard fan of yours. A former fan who looked up to you as an Icon, as a spiritual leader and as an honest and very talented artist. I loved your “sitolia” song and truth be told, it was very blessing not to me alone but I believe to everyone who has ever heard the song. When I heard about the rumors about you registering the “sitolia” song under your name blocking out Willy Paul, I thought that they were all just but rumors and that you would never do such a thing. Blinded I was by your so called “upright” stature. Seeing you in concerts and on TV praying and blessing God one would think that you are indeed filled with the spirit and not the “spirit”. When I heard your song “Follow you” I was so happy and saw that you heard really grown in spirit, in faith and in your music. Blinded I was again. I was shocked, embarrassed and even lacked words when I heard Chris Tomlin’s song “I will follow” play. O.M.G!! GLORIA OWENDI MULIRO!!! hata huna aibu!! How could you steal Chris Tomlin’s song and brand it as your own???!!!?? How stupid do you think Kenyans are? Do you think we don’t listen to international music?? Are you that desperate to make music and become a “Celeb”?? I thought you were singing for God and praising Jesus and not singing to become a celebrity. I am ashamed and disgusted by your lack of originality and fake talent! You need come out clean on this issue…labda Chris Tomlin alikuambia uremix ngoma yake na hatujui…we need clarification as your former fans.
Yours (I mean Not anymore yours) sincerely
Former Fan.

The two videos are below. The first is Chris Tomlin’s ‘I Will Follow’, and the other is Gloria Muliro’s ‘Follow You’.
The latter’s song is several years old, while Gloria’s was only released end of last year.

Al Jazeera Wrote That Both Raila And Uhuru Are on Trial At The ICC < Previous
Nakumatt Thika Road Returns.. Opening Today Next >
Recommended stories you may like: