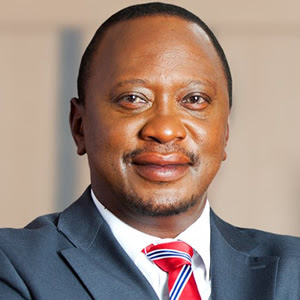 One of the most ignored part of today’s Ipsos poll is the fact that Abduba Dida has overtaken James ole Kiyiapi, to stand at number 6.
The ARC presidential candidate’s support stands at 0.2% against ole Kiyiapi’s 0.1%. This will however not mean much on March 4th, considering the leading candidate’s support is 450 times that. It will however come as good news to the funny presidential candidate, considering he has only campaigned for less than 1 month, with most of his time going into TV debates. Ole Kiyiapi started his campaigns more than 2 years ago, and even resigned as Education PS to vie for the presidency.

In the poll, Jubilee’s Uhuru Kenyatta has finally overtaken CORD’s Raila Odinga as we predicted at the beginning of this week. Uhuru’s support stands at 44.80% with Raila’s at 44.40%. Both candidates reach the required threshold of 25% of the votes in half of the counties. Uhuru gets this percentage in 29 of the 47 counties, and Raila in 33.
However, the one reason neither of the two will be president on March 4th according to the poll, is the lack of a 50% +1 lead. They are both at least 5% shy.

All Central province counties are Uhuru strongholds, as are most of Rift valley counties. Kajiado, West Pokot and Samburu are the three battlegrounds counties in Rift Valley.
Kakamega in Western is the other one.

Vihiga, Trans Nzoia, Bungoma and Nairobi are the 4 contested counties.

Ipsos Poll: Kidero And Sonko Will Both Have Landslide Wins < Previous
That Awkward Moment… Next >
Recommended stories you may like: