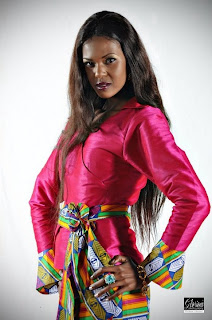 The presenter pioneered televised wedding ceremonies in Kenya, and the trend picked up. The Wedding Show was received well by its target market and its ratings continue to be up there. The show has been airing mainly the medium to high budget weddings, that end up well coordinated and colorful; one key reason why women countrywide remain glued to their screens every Sunday evening, as they ‘look for ideas’ for their dream wedding.

For many months, Noni Gathoni ruled the televised wedding business, until NTV launched Samantha Bridal. Though that dented Citizen’s market, she continued to rule. And Kiss TV hopes she’ll take the same ‘ruling’ spirit to their station.
Though her new role is not clear, it is speculated she’ll continue doing what she does best and almost effortlessly… hosting a wedding show.
© nairobiwire.com

Pilot Spots Theft At His Home From His Plane < Previous
Inspector General David Kimaiyo Still Has No Office or Uniform Next >
Recommended stories you may like: