Pilot Spots Theft At His Home From His Plane 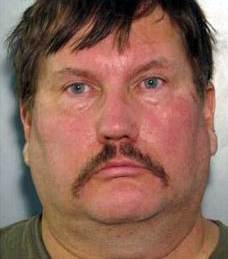 A Florida pilot caught a man stealing a trailer from his own property while he was flying his personal plane home from North Carolina, NBC affiliate WBBH reported.


The pilot, David Zehntner, was returning home to Glades County, Fla., on Sunday in his Cesna 182 and decided to fly over his home in LaBelle, when he noticed an unfamiliar truck in his driveway. Zehntner told WBBH he hovered over his home for nearly 10 minutes, watching a man try to break into his house.
“Right in front of us, with us making a tight circle around our property here, watching from the air — and he was clearly looking at us several times, looked up,” Zehntner told the TV station.
According to WBBH, Zehntner then flew closer, dropping the plane to 300 feet, and saw the man attaching Zehntner’s red trailer to his truck and pulling out of his driveway.

The pilot then called the Glades County Sheriff’s Office from the air and continued following the thief as he drove the truck and attached trailer down the road, WBBH reported.

“The gentleman had a plane at several points circling him at close altitude and never thought, I guess, that somebody might be watching me,” Zehntner told WBBH.
Authorities located the thief on Interstate 75 heading into Charlotte County, according to WBBH, and Charlotte County Sheriff’s deputies arrested him after a traffic stop about 40 miles from Zehntner’s house.
Haines’ truck was impounded and searched, and authorities found a loaded rifle and bullets on the floorboard.
The accused robber, Gary Robert Haines, 59, of Virginia, was arrested for grand theft and taken to the Charlotte County Jail.
Haines was released Monday on $2,500 bond, according to The Associated Press.
NBC