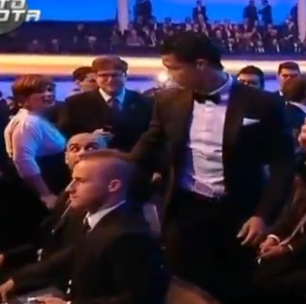 Until either Cristiano Ronaldo or Pep Guardiola speaks out, whatever is happening in this video will remain a matter of argument. There is a good number of people who think that the former Barcelona manager refused to shake Cristiano’s hand, while another good number believes that the Real Madrid star bumped into Pep and just placed his hand on his shoulder to apologize.
Pep looks up and upon seeing it’s Ronaldo, continues to do what he was doing. Newspapers around the world have headlines claiming that Pep refused to shake Ronaldo’s hand, but that’s just one theory.
Here is the video.

Kingwa Kamencu To Get Married This Year, And You Can Apply To Be The Husband. Here Are The Conditions < Previous
Pictures of Wahu’s State-of-the-art Salon Next >
Recommended stories you may like: