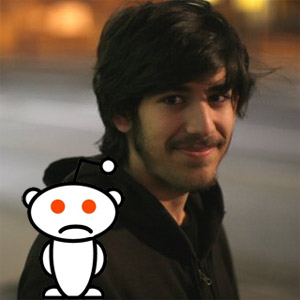 LOS ANGELES (MarketWatch) — Government and academic officials who pushed for the prosecution of Reddit co-founder Aaron Swartz played a role in his decision to commit suicide, the family of the Internet activist and software programmer said Saturday.
Swartz, 26, hanged himself at his apartment in Brooklyn Friday night, his family said. The chief medical examiner of New York City confirmed the death as a suicide.
Technology developed by Swartz was used in the creation of Reddit, a user-driven news and online content site. Reddit was acquired by Condé Nast in 2006.
Swartz took his own life just weeks before the start of his federal trial stemming from charges in 2011 that he downloaded nearly 5 million academic articles from JSTOR, a subscription service used by the Massachusetts Institute of Technology, in a bid to distribute them free on file-sharing sites.
“Aaron’s death isn’t simply a personal tragedy. It is the product of a criminal justice system rife with intimidation and prosecutorial overreach,” Swartz’s family and his girlfriend Taren Stinebrickner-Kauffman said in a statement.
Reddit, a user-driven news and online content site, was developed in part on technology developed by Swartz. Reddit was acquired by Condé Nast in 2006.
“Decisions made by officials in the Massachusetts U.S. Attorney’s office and at MIT contributed to his death,” the family said. “The U.S. Attorney’s office pursued an exceptionally harsh array of charges, carrying potentially over 30 years in prison, to punish an alleged crime that had no victims.”
Swartz had pleaded not guilty to initially four, then 13, felony charges, including wire and computer fraud. He faced up to 35 years in prison if he were found guilty.
JSTOR reclaimed the academic articles from Swartz and didn’t press charges. Last week, JSTOR said it would offer free access to a limited number of journal articles in its archives.
JSTOR on its website said it was “deeply saddened,” by the news of Swartz’s death, adding that Swartz made “important contributions” to the development of the Internet.
At age 14, Swartz helped create the now widely used online information-distribution tool RSS. He later founded Demand Progress, an advocacy group focused on fighting Internet censorship.
How Facebook Silenced Google, Then Got Silenced (Hilarious) < Previous
Wahu’s Father Passes On Next >
Recommended stories you may like:
How Tech Startup Olive is Shaking Things Up
You’re The Man of My Life, Nandy tells Rapper Bill Nass After Proposal
ODM Website Hacked. Redirects to a Porn Site
Netflix Launches Fast.com, An Incredibly Simple Internet Speed Test