By Ken   /   Thursday, 24 Jan 2013 11:08PM   /   Leave a Comment
Yesterday, NTV journalist Larry Madowo secured an interview with Othaya TNA candidate Mary Wambui at her Lavinton home. He asked her about the just concluded nominations, where she said that she won fair and square.
Larry also asked her about her links with the first family, questions that Wambui refused to answer claiming it was her private life. She refused to deny getting married to Kibaki in 1972, but neither did she accept. Her mode of answering led the journalist to tweeting, “Mary Wambui is one of the most evasive interviews.”
She was also asked about her other children apart from Winnie and why the public has never heard anything about them. Again, she said it was a private matter.

Larry Madowo would not however leave Wambui’s property without showing us the view from inside. The journalist spotted 5 Mercedes Benz vehicles, 2 Toyota Prados, a Range Rover and a Land Rover. Below is a picture of Wambui’s crib leaked by Larry Madowo. 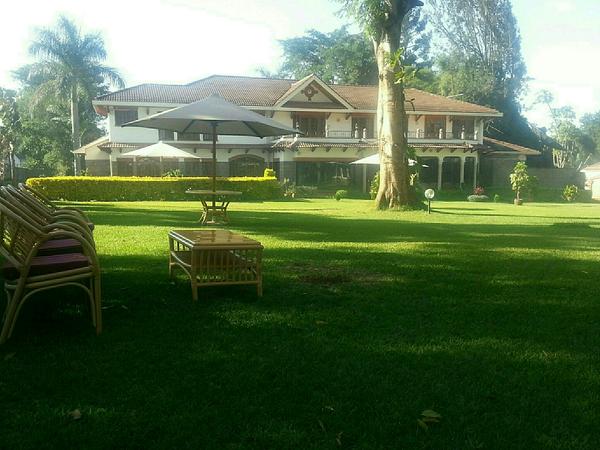 Mututho Eviction Bash This Weekend. All Drunkards Welcome < Previous
A Kenyan Politician Application Form Next >
Recommended stories you may like: