Bride Collapses And Gives Birth Just After Saying I Do 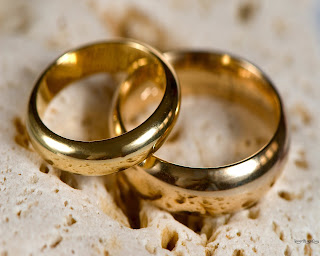 Uncertainty engulfed a colorful wedding at PCEA church Sultan Hamud when the bride collapsed and gave birth during the ceremony.
Hundreds of relatives, friends and guests invited to the wedding were left in utter shock after the bride collapsed at the church hall immediately after exchanging vows with the bridegroom.
Equally shocked was the groom who was left bewildered after her newly wedded wife passed out even before cutting the cake to mark their first day together as husband and wife.
The wedding was cut short as the perplexed groom, the couple’s relatives and their friends frantically labored to rush her to the hospital to save her life.
The bride, still in her wedding gown, was rushed to Del Amore medical center Sultan Hamud where she was immediately admitted at the maternity ward after doctors confirmed she was pregnant, and had passed out due to prolonged labour pains.
What shocked those who had gathered to witness the two love birds being crowned Husband and wife is the groom’s lack of knowledge of the bride’s condition until she was admitted at the maternity ward.
“Kwani yeye iko mimba? Hii ni mambo gani? (Is she pregnant? What is this)?” exclaimed the shocked Maasai groom.
Sources close to the bride disclosed that the woman had succeeded in concealing the pregnancy from her fiancé during their courtship.
A source who did not wish to be named said the bride had consulted a doctor before the wedding who assured her that she would give birth several days after the wedding date.
This assurance gave the bride the boldness to go to the wedding unperturbed but as fate would have it the baby arrived earlier and on a day that was supposed to be the couple’s historical day of their union.
The source said this could have come as a result of the manner in which the bride pressed her belly ostensibly to conceal the pregnancy.
The bride later gave birth to a bouncing baby boy moments after being admitted at the hospital.

Interestingly after the bride was admitted at the hospital, the groom proceeded for the reception with a sister to the bride standing in for the bride.
Efforts to reach the church minister who was presiding over the wedding ceremony for a comment on the incident did not bear fruit.
By Onesmus Nzioka For Standard

Uhuru Kenyatta Is Kenya’s Next President: Venezuelan Prophet Proclaims < Previous
Picture That Motivated Bolt To Break The World Record Next >
Recommended stories you may like: