13 Kinds of Women Likely To Cheat on Their Mate 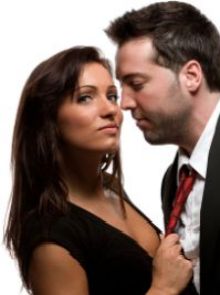 Easily bored:  A woman who is easily bored may cheat on her mate just to add some excitement to her life, or alleviate her boredom.

Thrill seeker:  This woman will cheat for the thrill of doing something forbidden. She views infidelity as other people would view a high-risk sport.

Cheated before:  A woman who has cheated before and gotten away with it, will have no qualms about cheating on her mate again, or cheating on the new man in her life because she’s confident she can do it again without getting caught.

Requires lots of attention :  A woman who requires constant attention may cheat on her mate if she doesn’t get enough attention from him. She will be easy prey for any man who gives her the attention she feels she deserves.

Materialistic :  A materialistic woman is likely to have an affair with a wealthy man because of the material things he can provide. She can easily be seduced with gifts of money, jewelry, designer clothes, lavish vacations, and the like.

Voracious sexual appetite:  A woman whose sex drive greatly exceeds her partner’s, or whose spouse or significant other is lacking in bedroom skills, is much more likely to cheat on her mate.

Sexually experienced:  A woman who has had an active sex life,  or who has had numerous sex partners before settling down will find it hard to stay faithful to one man.

Egotistic:  If a woman is egotistic, any man who feeds her ego can easily get her into bed.

Wants to be the centre  of attention:  If she likes being the centre of attention, the man who fawns over her and makes her feel like she’s the love of his life is likely to score big.

Low self-esteem:  A woman with low-self esteem is easy prey for the man who flatters her, makes her feel good about herself, or boosts her self-esteem.

Party girl:  If she runs with a fast crowd, or customarily and hangs out until the wee hours of the night, her lifestyle makes her vulnerable to an affair.

Drug or alcohol addicted:  A woman who overindulges in alcohol is susceptible to infidelity because her inhibitions will be lowered and her judgment impaired. A drug addict may sell her body for drugs. Either type of woman is likely to cheat without realising what she’s doing.

Lots of close male friends : Close opposite sex friendships are a common starting point for many affairs. The closer a woman is to a platonic male friend, the more likely it is that he will one day become her lover — unless he’s gay.
Female friends who are cheating : Never underestimate the power of peer pressure. If most of her girlfriends are cheating on their mates, it won’t be long before she’s cheating too.

This article was first published by The Examiner

Mourinho Believes Real Vs Manchester United Should Be The Final < Previous
How Kamau Conned An Idiot American Next >
Recommended stories you may like: