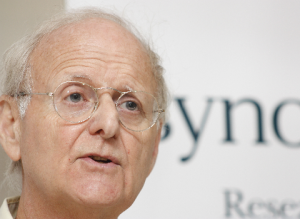 The Jubilee coalition has accused Prime Minister Raila Odinga’s Cord of manipulating opinion polls. MPs Aden Duale, Justus Kizito, Kazungu Kambi, Ferdinand Waititu and URP chairman Francis ole Kaparo said Cord is driving Kenya to another round of post-election violence by manipulating opinion polls to make Kenyans believe it will win the March 4 elections.
They said the opinion poll released by Synovate on Friday is not true. The poll indicates that Raila and Vice President Kalonzo Musyoka’s Cord will trounce the Jubilee team in the elections.

“We should stop lying to people about what is not there. If you don’t have supporters, you don’t have them,” said Kaparo.
Duale asked Raila to prepare his Cord supporters for a defeat to avoid chaos after the elections because “he is font of refusing to accept defeat”.
“Kenyans are not ready to be cheated into another round of post-election violence and should be left to make their own choices,” said Duale.
“The National Cohesion and Integration Commission should closely monitor activities of the pollsters. What they are doing is a perfect recipe for post-poll chaos.”
Kizito and Waititu said the perception created by manipulated opinion polls before the December 27, 2007, elections led to the post-election violence after ODM claimed it had been denied victory.
Kizito said Jubilee will pick its presidential candidate through a democratic process unlike Cord which “sits to share postions.” They were speaking at the Malava Town Council grounds during the first joint TNA, URP and UDF rally on Saturday.
the Star

Radio Presenter Admits He’s Gay, Receives Award < Previous
Caroline Mutoko Does One Good Thing Next >
Recommended stories you may like: