Ferguson Confirms That He Will NOT Buy Wanyama In January 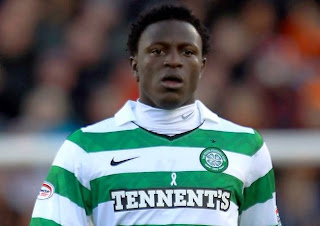 Sir Alex Ferguson will not be buying Theo Walcott, Victor Wanyama – or anybody else in January.
The Manchester United manager, who saw his team maintain their six-point lead over neighbours Manchester City with a 3-1 win over Sunderland on Saturday, is adamant he will not be doing any business in the transfer window unless it is to allow several of his reserve-team players to go out on loan.

Ferguson, who rarely takes advantage of the mid-season opportunity to augment his first-team squad, believes he has enough resources to cope with challenging for the Premier League title and the European and FA Cups.
‘I will not be bringing anybody in, in January – definitely not,’ he confirmed.
It means that while title rivals City are targeting Atletic Bilbao’s Fernano Llorente; Chelsea are ready to splash on Atletico Madrid’s Radamel Falcao and Walcott and Liverpool want Chelsea’s Daniel Sturridge and Tom Ince from Blackpool, the United boss will stick with what he has as the club chase a 20th league title. 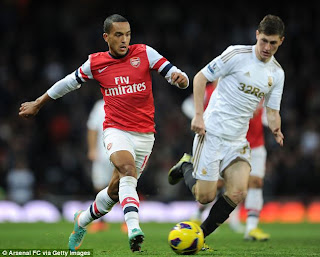 Walcott’s future at Arsenal is in doubt with the club refusing to agree to his contract demands. But if the Gunners decide to cash in on the winger in January, he is now more likely to end up at Stamford Bridge than Old Trafford.

Ferguson’s confidence comes from now having a fully fit squad at his disposal after skipper Nemanja Vidic returned to the team as a second-half substitute against Sunderland.
‘It will take him a bit of time but that is a start,’ Ferguson said. ‘He is a warrior and he is our captain. He always battles for you and sticks his head on that ball in the penalty area. That is what he is great at.’
Goals from Robin van Persie, Tom Cleverley and Wayne Rooney were enough to claim all three points and Ferguson added: ‘People keep saying we are weak in midfield but these guys are very good players.’
Daily Mail

Africa’s Top 10 Richest Musicians < Previous
Ezekiel Kemboi Loses Sh 4 Million In One Night.. To Gambling Next >
Recommended stories you may like: