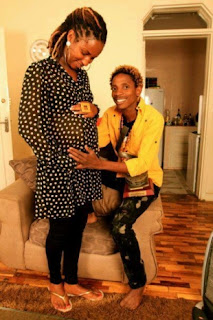 It is now emerging that news of Eric Omondi expecting a child with his ‘longtime girlfriend’ and fashion writer Silvia Njoki, and the subsequent birth of a baby girl was false.
Several gossip websites (not nairobi wire), recently published what they made their fans believe to be confirmed reports.

It all started with a picture that Eric posted on his Facebook wall. On the picture, the comedian is seen holding the tummy of a pregnant woman. With little caption accompanying it, the comedian must have been baiting hungry showbiz reporters, because immediately after the post, it was all over the news, online. Eric did not issue any statement contradicting the reports. In fact, he was loving them, because a few days later, he posted another picture of him doing shopping for the child. This time, he captioned it, “Her first car”
Congratulatory messages started coming in, but even then, Omondi still did not deny being the father of the child. 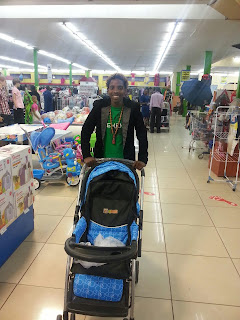 Just recently, the same woman, who was reported to have delivered a baby girl, walked into Standard offices, still heavy with child. Apparently, Omondi and her, have never dated, leave alone ‘expecting their first child’. Both of them took part on a photo-shoot for Standard and at the end of it, Omondi requested her to have a picture taken of him holding her tummy. “I’ve never felt an expectant lady’s tummy,”he said. A few photos later, Eric selected one and requested the photographer to send it over to him.

Soon, he posted it on his Facebook wall and he seemed to love the publicity that came with the pregnancy reports.

Manchester United And Arsenal Set To Swap Nani And Walcott < Previous
First Lamborghini Set To Hit Kampala Potholes Next >
Recommended stories you may like: