Crime Rate In Mexico Drops When Chicharito Is Playing 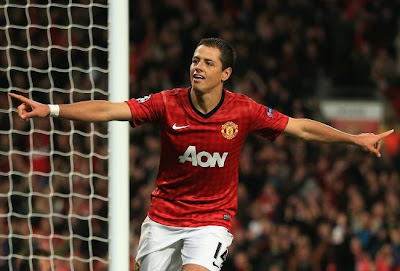 Research from Mexico has shown that whenever Manchester United striker Javier ‘Chicharito’ Hernandez is playing, the average crime rate across the country drops.
Chicharito is one of the key figures in Mexican football who is currently plying his trade in the European game. The news suggests that there are still many positives that can be taken from various players as role models.
Football is laced with various examples of players abusing their rights and privileges just because they play the great game. Some players are brought up from a very young age and use their positions of wealth in an inappropriate way.
Many stars don’t realise or don’t want to realise that they have a greater role to play than simply turning up and playing football for large amounts of money. This is clear evidence that they have a wider responsibility to make a difference to average lives.
However, this news goes to show that football can still be used as a communal sport for good in various parts of the world. It unites communities and eradicates the negative elements of society as people come together to support various sides, their countries or, in this case, a particular player they happen to admire.
It’s easy to see why this is the case when Chicharito plays because he embodies everything that can be great about a professional player. He doesn’t argue, he is extremely passionate and he will run himself into the ground for the good of the team.
It’s necessary to note that not all crimes go down when Chicharito is playing, just certain crimes in particular; car jacking, muggings and robberies. These are all more spontaneous crimes suggesting a certain link between the great game and certain levels of criminals.
It would be interesting to see if star players from other parts of the world severely affected by crime have a similar effect.
Soccerlens
Revealed: How UhuRuto Handed Kalonzo To Raila < Previous
Charity Ngilu Now Wants To Go Back To UhuRuto, As Eugene Wamalwa Prepares To Join Railonzo Next >
Recommended stories you may like: