Charity Ngilu Now Wants To Go Back To UhuRuto, As Eugene Wamalwa Prepares To Join Railonzo 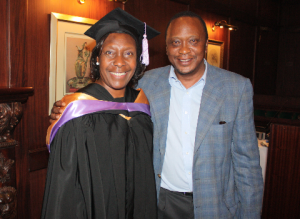 It seems that the deadline for the coalition agreement just heralded the actual coalitions. Politicians who now have less than a month before they constitutionally stop party hopping, are working day and night as they identify which coalition to support.
Water minister Charity Ngilu , who just this week supposedly signed a deal with Raila and Kalonzo, is reportedly interested in getting back to UhuRuto alliance, the one she just dumped. Ngilu surprisingly joined Railonzo on Tuesday at KICC, after refusing to pick Uhuru and Ruto’s phone calls. On Wednesday, the minister was supposed to be at Jevanjee during the signing of the TNA – URP deal, but kept off. As a result, the signing was delayed by more than 2 hours as the wording of the documents was being changed to get rid of Narc. Neither Uhuru nor Ruto knew her whereabouts and it soon became clear to them that she had stood them up.
Now Ngilu wants to go back to the UhuRuto alliance. Reportedly, she spoke to the two leaders on Wednesday and Thursday exploring the possibility that her party be included in their deal. The water minister was told that her only option was to defect into one of the parties in the coalition agreement deposited at the registrar of political parties office, as that was the only option given by the law. It will remain to be seen if she will in deed leave Narc and join one of the big parties.
In the past few days, Ngilu has been working overtime to pick up the ‘watermelon’ tag her frenemy Kalonzo has been struggling to shed. Over the past few weeks, Ngilu has moved from Raila Tosha, to launching her own presidential bid, to UhuRuto, to Railonzo and now she seems to be heading back to UhuRuto.
Revelations that she may be pulling away from a coalition she signed, put into question exactly what she signed. It has been reported that Ngilu is not part of the coalition agreement deposited at Anniversary Towers. Her signature is not anywhere on the documents, as seen by people close to the registrars office. She is therefore free to move wherever she wants, whenever she wants, as long as it’s done before January 4th.
Meanwhile, Eugene Wamalwa, who just this week signed a deal with Cyrus Jirongo and Nicholas Biwott, looks close to pledging his support for Railonzo. The justice minister met both Raila and Kalonzo yesterday and though neither side disclosed whether the talks were successful, Orengo hinted that they may have convinced him to join them. He told waiting reporters, “a picture is worth a thousand words’.
© nairobiwire.com
Crime Rate In Mexico Drops When Chicharito Is Playing < Previous
Kalonzo 6 Month Pregnant As Mwaniki Tells Wenger To Resign.. This Week’s Best Next >
Recommended stories you may like: