Chris Brown NOT Coming To Kenya This December 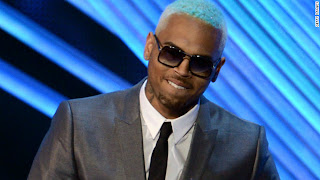 The rumours were there, and apparently they had some truth. Chris Brown was set to perform in Nairobi this December. The artiste would also perform in Uganda this month. The Uganda concert looked certain but the Kenyan one was never confirmed leave alone mentioned by the would be organizers.
It is emerging that the ‘Don’t wake me up’ singer was ready to perform in the country, but the organizers failed to give his team the green light. The sponsors are reported to have taken too long to confirm to CB, that the he was booked for another show in the US. It is not known when he will actually make a trip to Kenya, but it is probable that he may perform next year. “For Kenya, the next best time for his concert would have been March but that is when the General Elections are scheduled so that is not going to happen,” said one of the organizers.
His Uganda concert has meanwhile been pushed to April with no clear explanation given.
© nairobiwire.com
Popular Nigerian Actor Dies < Previous
The King Is Back.. Thierry Henry Returns For Arsenal Again Next >
Recommended stories you may like: