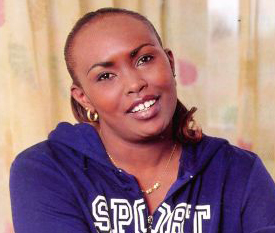 Caroline Mutoko has been trending again, this time she was all over everyone’s social media timeline. So what’s up?
Apparently, the Kiss 100 presenter used not so kind words on her fans. Mutoko, often referred to as arrogant, gave what appeared to be ‘guidelines’ of posting on her Facebook page, which boasts of more than 170,000 likes.
Reportedly, a few fans posted requests, or demands on her wall, that she host Safaricom CEO, Bob Collymore on her show, so that he would tell Kenyans why Safaricom is ‘stealing’ from its customers. Others just ranted about the mobile provider’s poor services on Mutoko’s wall. Its not clear the number of posts that made Mutoko respond, but she must have been really pissed off, because when she spoke her mind, she attracted thousands of reactions, most of them very negative. She eventually brought down the post but the ‘damage’ had already been done.
Just a few hours later, Facebook pages were popping up, targeting the presenter. One particular page has already ‘killed’ her, and in less than 48 hours garnered close to 10,000 likes.

So, were Mutoko’s attacks spontaneous, or have the ‘idle’ people been waiting for the opportune time to launch their heaviest criticism yet?

Her issues with her Facebook fans stretch way back. She previously came under attack from her ‘fans’ after a wrong choice of words in mourning the death of Prof. George Saitoti and Orwa Ojode.

Most of the time though, her only mistake is speaking her mind and pointing out to people that they are indeed not clever as they think. Though some of her fans are without a doubt not as clever as they see themselves, no one likes it when it’s pointed out to him.
In this latest incident, Mutoko did what any media personality would do. She came to the defense of their biggest advertiser/client, Safaricom. It would have been stupid of her to join her fans in castigating Bob Collymore, but maybe it was also not wise of her to join the debate in the first place.
Here is the now deleted Facebook Post

Okey – I let the average idle person vent as much as they need to on social media, I’m alright with the fact that you probably have nothing else of value to do with your time. However, here’s where I draw the line:
1. You will not use my wall to be mediocre & hide behind your bogus pseudonym to insult the CEO of any organisation, or anyone else for that matter. I don’t care what your beef is. You don’t get to do that here.

3. Bob Collymore – Mr. Collymore has a twitter handle – use it.

4. It’s a freaking free country, you don’t like s’thing move on. Don’t waste my time & yours posting filth on my wall.

5. Have the basic skill to refer to me by my name. It’s at the top of the page for easy reference. I don’t know who caro is.

6. By all means raise issues about our clients/advertisers, what you will not do is apply the same bottom feeder behavior you reserve for bigotry & politics to slander business entities. Not here.\
And yes, our advertisers ALL bar none, contribute to our bottomline, therefore I make no apologies for being in their corner. Incidentally, I did ask Safaricom if I should take this nonsense down & they said no.

But this is MY page.

You want to be rude, abusive & base, go elsewhere.
I don’t need you, not now, not ever.

© nairobiwire.com
Kalasha Awards: Full List of Winners < Previous
Messi Has Not Broken The Goalscoring Record Yet, This Zambian Scored 102 Goals In 1972 Next >
Recommended stories you may like: