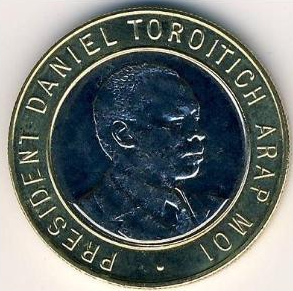 You may have come across persons offering to buy the shiny 2010 release of the 10 shilling coin. Most of these offers are made on personal social media accounts and therefore are not very widespread. Others approach people who deal with lots of coins in the course of their job, eg. shopkeepers and shoe makers, offering to buy the 10 bobs at a significantly larger amount. At times, they may offer upto Sh 200 for a single coin.
So what would make someone buy a 10 shillings coin at sh 200?
According to an exposé ran last night by the controversial Nairobi Exposed Facebook page, there is a syndicate that is making big cash from the coins.
According to the ‘whistle blower’, the scandal is big and it involves many people, including individuals at Dela Rue. Apparently, the coins are made of a very high percentage of silver, valued much more than Sh 10. This was done deliberately by those involved, to eventually make money.
The whistle blower writes,

It all started in mid yr 2010 when the top management at the money printing company planned a scam to defraud government of its pure silver which is used for coating coins, its very interesting what they did, U cant imagine they made pure silver coins which they released and started buying em back.

Ask your fans if they have seen people buying the 10 Bob coin ya 2010.if u have one ull prove it that it doesn’t fade and its very shinny.personally i av sold more than 100 pieces in my small investigation @ 200 Bob each. Kariobangi is the place they are taken for smelting. once the brokers buy the coins they sell them @ 450 Bob.
Its a scam that its so real, the coins are hard to get nowadays since they have been bought and smelted and ull prove me right

The person alleges that a Korean guy in a UN vehicle then collects the smelted silver.

After smelting in the light-indusries,the mould is collected by Korean guys and i have seen it a number of times escorted by a vehicle with UN registration numbers…

The final destination of the smelted metal can only remain a matter of speculation.
Several people who commented on the exposé confirmed witnessing the buying of the coins.

truth for sure.. I saw some guys collecting the coin in Eldy. Specifically that of 2010 ten bob coin – another commenter

Yes av heard about it hapa na pale thru fb ,guys asking for any leads or links to buyers, na c ilikam hata kwa news some time bak that the silva is being used to make Shambalas – Paul Karanja

Thats true!for once u have a true stroy! Av heard that story! Na nmeuza izo coins but nmeuza isirii! That a crimal offence!! – another commenter

It however is not clear whether and how the government is losing any money, but considering that the initial silver used to make the coins is bought, there is definitely a disappearance of some money. Thought with little proof, this may turn out to be a major corruption scandal, considering it’s being done on large scale.
Selling coins is however not a strange phenomena. In the united states, people are known to make money out of their silver coins, but mostly the collectable and rare ones. For instance, the 1921 – 1935 peace dollar has had its value increase by over 2000%, from the indicated $1 to its current price of $25.
The business of selling coins is so big, especially in the United States, that there are websites dedicated to ‘calculating your coin value’.
© nairobiwire.com
Kibaki Painfully Registers As A Voter.. And Other Painful Experiences This Week on Social Media < Previous
Gangnam Style Dethrones Justin Bieber To Be YouTube’s Most Watched Video Next >
Recommended stories you may like: