Less Than Two Months And He’s Back For Another Holiday.. 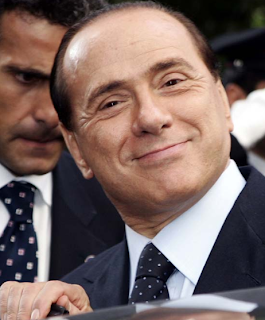 Former Italy Prime Minister, Silvio Berlusconi is back in Malindi, Kenya for holiday. The billionaire businessman and politician is as usual spending his time at the exclusive Lion in The Sun resort, owned by Formula One manager Flavio Briatore.This is the second time Berlusconi is visiting Malindi in less than two months.
Berlusconi landed at Malindi airport on Thursday morning, in a luxurious private jet. He was accompanied by Briatore and as part of their visit, the two will inspect the ongoing construction of a Sh 500 million resort, which is being constructed by Briatore. It is set to be opened end of next month.
Silvio Berlusconi is Italy’s sixth richest man with a fortune of $5.9 billion. He is the proud owner of AC Milan football club. Berlusconi was Italy’s prime minister until 2011, when he was forced to resign after losing his parliamentary majority. In the recent years, he has been mentioned in scandal after scandal, including the very famous underage sex scandal, where he allegedly paid a 17 yr old Moroccan girl for sex.
Last week, Berlusconi was found guilty of tax fraud and was jailed for 4 years, but has had that jail term reduced to 1 year since he committed the crime at a time when an amnesty to prevent prison overcrowding was in place. He however still has the option of appealing against the ruling, twice.
© nairobiwire.com
Why You Should Never Date A Kenyatta University Chick < Previous
Presidential Debate Postponed As Julie Gichuru Is Dropped As Moderator Next >
Recommended stories you may like: